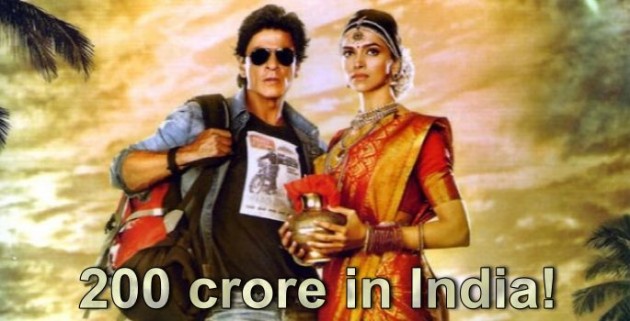 Chennai Express hits the 200 crore nett mark at the end of its third week as it grossed around 16 crore nett in its third week. The three week total for the film is around 200.75 crore nett and will become the highest grossing film ever over the weekend.

Considering the huge business the film had done over the first week, a 16 crore return in week three is fantastic as it is amongst the top five highest third week collections which include films that did not start with huge collections like Barfi and Bhaag Milkha Bhaag.

The film is looking to finish with a lifetime total in the range of 206-208 crore nett. An improvement of 20 crore nett from last years Eid release Ek Tha Tiger with 400-500 more screens and hiked ticket price.