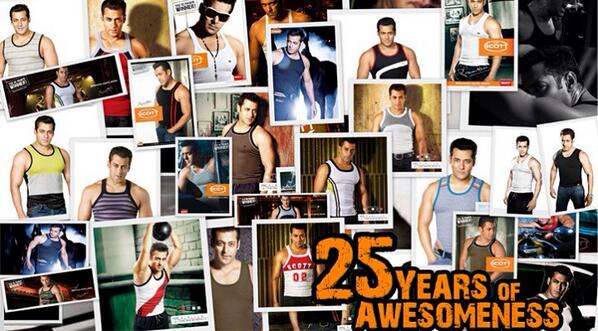 Fans across the globe celebrated a ‘silver jubilee’ of Salman Khan in the industry, as the superstar made his debut exactly 25 years ago with a film titled ‘Biwi Ho To Aisi’, where Khan was seen in a supporting role. A year later in 1989, he made his debut as a hero in Sooraj Barjatya’s Maine Pyaar Kiya, which remains one of the biggest blockbusters in the history of Indian Cinema. 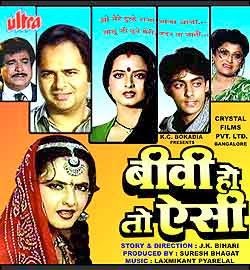 From Biwi Ho To Aisi to Dabangg 2, Salman truly has come a long way. A legend of Indian Cinema. 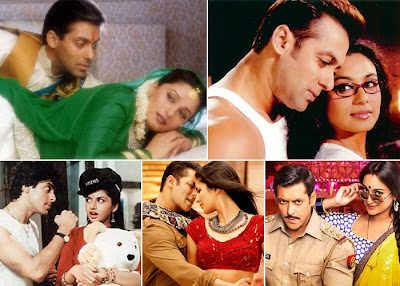 - Sonam Tillani: 22nd Aug 1988 Was the day where our idol @BeingSalmanKhan entered the filmy world and became lover of millions #25YearsOfBlockbusterSalman

- #25YearsOfBlockbusterSalman & the magic continues :) @BeingSalmanKhan A SuperStar with a golden heart ❤ Simply Being Human #Respect

- The Man With Heart Of Gold and Body Of Steel...SALMAN KHAN !!
Celebrating #25YearsOfBlockbusterSalman...

- i love chulbul,prem,sameer,radhe,tiger,veer,karan,suraj,aman,mannu nd u made these iconic salman #25YearsofBlockbusterSalman

- @BeingSalmanKhan has worked very hard to get here :) He got here on his own He earned our love on his own :) #25YearsOfBlockbusterSalman

- Congrats to @BeingSalmanKhan on entertaining us all these years! Thank youuuu! Sending you much love!! #25YearsOfBlockbusterSalman

- #HumAapkeHaiKoun When u celebrate #25YearsOfBlockbusterSalman, u can't forget this movie!! The movie broke 19 years record of SHOLAY

- Salman is a Perfect Pureness, says he will Never Kiss a Girl Onscreen. BW is Indian, & Shudnt imitate Hollywood #25YearsOfBlockbusterSalman