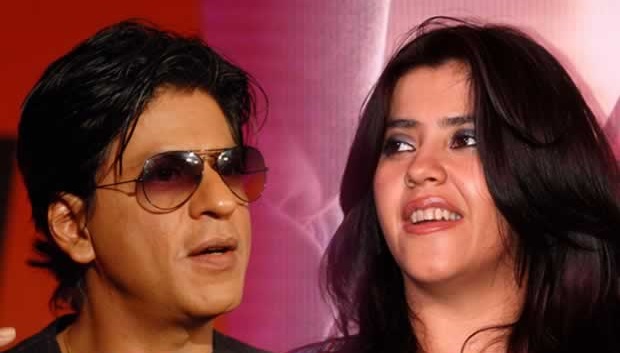 Note: This article was first published on Mumbai Mirror.

With her biggest release of the year, Once Upon A Time In Mumbai Dobaara opening to a tepid box office response, Ekta Kapoor is not in a good mood these days. And the Balaji head honcho holds Shah Rukh Khan responsible for the debacle.

It was reported that Ekta had refused SRK’s request for a screening of her film at Mannat and Mirror has the details of the fallout.

Trouble started when SRK announced that Chennai Express will release on August 8 despite the fact that Ekta had already called dibs on Eid for the release of her ambitious project OUATIMD.

Ekta tried her best to outwit SRK in this battle, even calling in a favour from MNS (Mirror report dated August 2) to make the star tow the line.

Then began a long series of negotiations between her and Chennai Express’s producers, UTV Motion Pictures and Red Chillies Entertainment. Ekta finally agreed on the other big public holiday, August 15.
According to a source close to Ekta, she was assured by the production houses that they will withdraw their film on August 15 to make way for OUATIMD in at least 2000 halls across the country.

“Ekta relented because she was promised something in return. And the bait was the promise that Chennai Express wouldn’t come in the way of the big release she had planned for OUATIMD on Independence Day,” said the source. But given that Chennai Express set the cash registers ringing, the film’s producers decided that making way for OUATIMD will not be profitable. When Ekta learnt about it early last week, she was left fuming. Mirror has it that Shobha Kapoor called up UTV to enquire about the apparent volte face and was told that “it was SRK’s decision”. Things got worse when Jeetendra stepped in. He tried to reach SRK, who did not answer the calls, alleged a source close to Ekta. “While most of his calls went unanswered, finally an unrecognisable person picked up to say, ‘Shah Rukh sir is busy with interviews’,” added the source. The end result was that OUATIMD ended up opening on just 1600 screens; a limited release for a movie which was reportedly made at a budget of Rs 85 crore. “If UTV had lived up to its promise, OUATIMD could have raked in about Rs 10 crore more on its opening day which in turn might have had a Domino effect on its subsequent collections. To add to Balaji’s woes the halls they were given were small ones which in turn must have had an adverse effect on their opening day collection,” said a source from the industry. 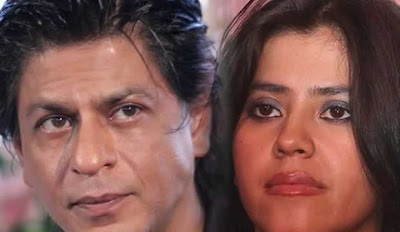 When contacted, Ekta said, “Whatever has happened is extremely disgusting. I am very angry.”
Though SRK’s production house did not provide a statement, a source from the organisation told us, “Chennai Express released on August 9 and it is illogical to expect that the film will be voluntarily pulled out from theatres in its first crucial week.” This was corroborated by a source close to Siddharth Roy Kapur, the other producer of the film.

An official from a leading multiplex in Andheri West, on request of anonymity said, “It’s a producer’s prerogative to withdraw a film to aid the release of the next one. But we did not receive any such requests from the producers of Chennai Express because it was doing very well. But please note that a producer can only ask for withdrawal, the number of shows we gave to OUATIMD on the first day were decided as per our discretion.”

Another multiplex from Juhu told Mirror that the producers of Chennai Express had “pressurised” theatres not to withdraw the film.