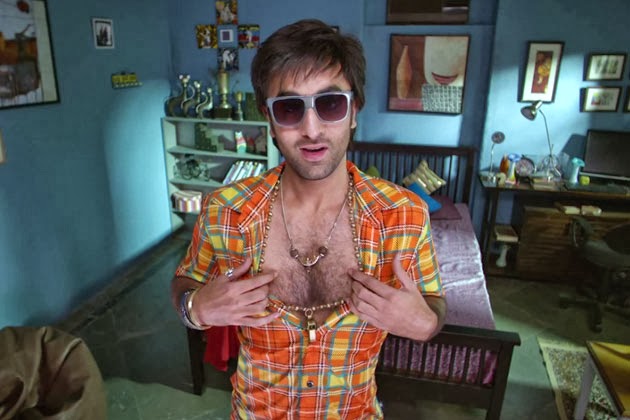 Besharam has had a good first day with collections looking to be around the 19.50 crore nett mark as per early estimates, which is actually about 20% below what most in the trade expected the film to collect. The film has recorded extraordinary collections in Delhi NCR and East Punjab but the rest of the country ranged from very good to good. Besharam has recorded the seventh highest opening day of all time in Rajasthan. The figure was lower than Ranbir Kapoor's last film Yeh Jawaani Hai Deewani which released on a non holiday while Besharam was a holiday release. Below are the top ten opening days of all time in Rajasthan.

The collections were not bad anywhere but at places they where not what they should be on a big holiday. Across Delhi NCR and East Punjab it recorded the second highest collections ever after Ek That Tiger but in some centres like CP Berar, Maharashtra and Gujarat the collections were in the same range as Grand Masti.

The film did see falls in collections in the evening and night shows at most places. On the face of it the 19.50 crore nett approx first day total is very good but considering how it started and the fact it was a big holiday the collections should have been more towards the 25 crore nett range rather than the 20 crore nett range. There will be a big drop today (Thursday) and the key for the film is how big will the drop be. If it was to go over 50% then the film could even struggle to be an average fare.

Besharam has seen a huge fall in collections all over on day two. The falls are in the range of 60-70% as compared to the first day. Even places like Delhi and Punjab which saw a bumper first day have crashed badly.

The story is similar all over. Circuits like Mysore, where recent Ranbir Kapoor films have gone from strength to strength over the weekend, have fallen heavily. Early estimates suggest that the second day business of Besharam will be around 7 crore net. Even though Thursday was a normal working day, these are early signs that the audience has rejected the film.

Besharam is almost certain to fall well short of the 100 crore mark. Saturday and Sunday will decide if the film will go on to be a average grosser or Ranbir Kapoor’s first disaster.