Which movie will be the biggest Blockbuster of 2013? This Question is being in the mind of all trade analysts and CineGoers from the start of the year, but it will be known only when Dhoom 3 get released.

Chennai Express: The Film released on this Eid with huge expectations and unlike other films this year, it not only fulfilled the huge expectations but exceeded them as well. It broke most of the possible records at box office like first weekend, 1st week e.t.c. with huge margin, But the biggest of them was lifetime record (202 Crore)of Three Idiots and Chennai Express is currently the highest grosser of Indian Cinema. Chennai Express have really set new benchmark which will be tough to beat for Krrish 3 and Dhoom 3.

Krrish 3 - A Hrithik Roshan movie after almost 20 months, Superhero sucessful series, Rakesh Roshan as director & a Diwali release - What else is needed to break every possible record at Boxoffice. Krissh 3 trailer released in earlier August and fantastic response to it can be seen from that it destroyed the record for most number of views on Youtube for an Indian film trailer in few days. Recently dialogue promos were also released and they are getting excellent response. The Only thing that went little low was the music of the film, it is not being chartbuster.

But the main USP of Krissh 3 is that it is film for every Indian - from a kid to a 70 years old person. After dull September & October (except Grand Masti), people related to buisness have all thier eyes on K3. The expectations from Krrish 3 are to break the lifetime record of Chennai Express, which is very much possible. But what we think is anything above 175 Crore will be excellent for the film and if lifetime record happens then it will be great.

Dhoom 3 - This is the movie which is not only expected to break lifetime record but that too by a margin, either of Chennai Express or Krrish 3. 'DHOOM' name itself & Aamir Khan both are separately enough for a movie to be blockbuster, and when they coming, nothing less than an All Time Blockbuster is expected. Except a short teaser & a motion poster nothing much have been revealed about D3 yet but its buzz & hype is already touching the sky. Add YRF distribution capabilities, Pritam's music, Katrina, Junior Bachchan & Uday Chopra to that as bonus for the film. What we hope is that with a good WOM, even 250 Crore is achievable for Dhoom 3.

Let us see which film will be the highest grosser of Indian Cinema after the year ends. 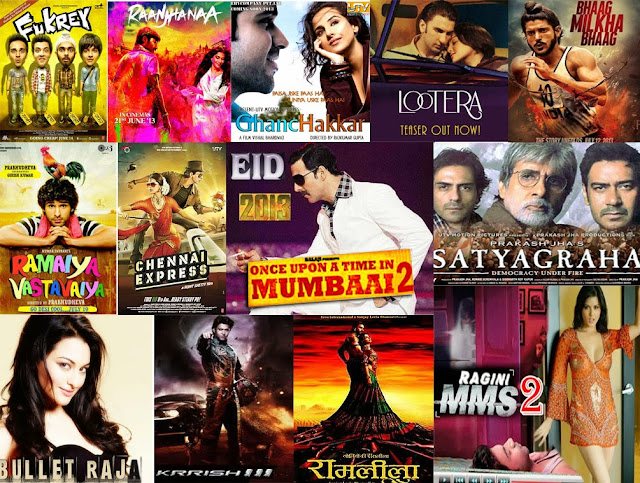