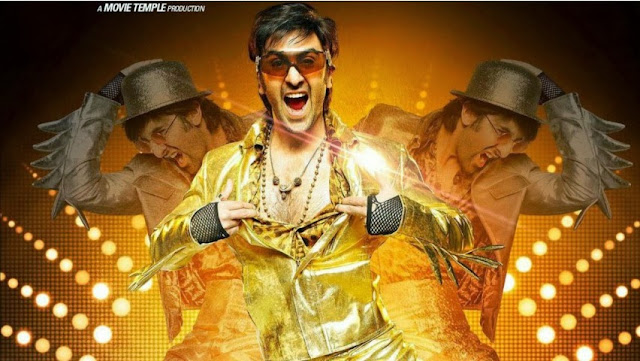 Indicine: The trailers of Besharam disappointed a majority of the audience and the film doesn’t surprise us, unlike what Ranbir Kapoor was hoping for. It is overlong and unfunny and Ranbir Kapoor shows he can also ham it up if need be. Besharam could have done away with the lazy writing and the conceptualisation of the set-pieces could have done with a lot more imagination. Besharam disappoints and how! Rating 1.5/5

CNN IBN Live: 'Besharam' is the kind of joyless film that compels you to wonder if a fat paycheck can sometimes be the only incentive for talented people to go to work. Even more baffling is the issue of the film's leading lady, an ordinary actress at best who, along with the director, fails to justify why she was hired here. Doesn't help of course that the score is a complete letdown, the look and feel of the film tacky, and the scatological humor mostly off-putting. I'm going with one out of five for Besharam. A major misfire in every way. Rating 1/5

Bollywood Hungama: BESHARAM is Ranbir's first tryst with an out-and-out masala film. A genre that's suddenly caught the fancy of every actor in tinsel town. This one's more like the vintage masala films that we relished in the Bachchan era. With a contemporary tadka, of course. The question is, does BESHARAM work? Unfortunately, it doesn't! On the whole, this film proves the adage 'All that glitters is not gold' absolutely right. BESHARAM is a huge disappointment! Rating 1.5/5

Times Of India: This seems like Kashyap's test-drive with Ranbir, with average direction, un-moving music, and a screenplay that is unoriginal and so low on horsepower that it deflates before he revs the reel. He relies on the sheer 3K (read: Kapoors) power to entertain. While this is far from the best films of the year, if you shamelessly love Ranbir, go for it. Note: You might not like this if don't have an appetite for typical Bollywood formula films. Rating 3.5/5

Mumbai Mirror: No audience is gullible enough to fall for the same rigmarole week after week. Besharam is just one more in the pile of masala excess. There's nothing new here. The disappointment is particularly high because this time it's Ranbir Kapoor - an actor known for his eclectic, intelligent choice of scripts - who has picked the paint-by-numbers route. However, you do get a long unhindered view of his butt crack if that's the sort of thing that interests you. Rating 1.5/5

Bollywood Life: At the most, Besharam is like a low-budget remake of a South Indian film. Nearing the end of the film, if you see Ranbir do the same stuff again and again, albeit without losing charm, you will still get bored. There were no great reactions from the audience in the theatre as well. Although it was a full-house, people seemed to have come to watch the movie with zero expectations and simply because they had a rare mid-week holiday. And so, they were not too disappointed, but not too happy either. Rating 2/5

Indian Express: 'Besharam' is not a film. It is Bollywood's brightest young star stooping to conquer, in search of the mass market. There is no motif in the film other than making Ranbir the new Salman. But why do that when we already have a Salman? Right, now that Ranbir has got this 'besharmi' out of the way, can we ask the actor to get back from under? Rating 1.5/5

NDTV: Besharam, rambunctious and robust, does not offer much by way of narrative novelty. But like Dabangg, it sets a crackling pace and does not flinch from the prospect of going over the edge in its pursuit of cheap thrills. Watch Besharam primarily for Ranbir Kapoor and the zany climax in an old-world warehouse where the ghosts of many Hindi movie heroes of yore are invoked. Rating 2.5/5

Rediff: Besharam is so unbelievably sloppy and senseless, not even the best actors in the business can redeem it no matter how hard they try.' Besharam relies on Kapoors – Ranbir, Rishi and Neetu to do miracles without any of the crisply penned lines or a witty screenplay at their disposal. And leading lady Pallavi Sharda’s stiff screen presence coupled with her nearly violent dancing skills highlight her insufficiencies in a magnified view. And if you do too, spare yourself from this shame of a movie. Rating 2.5/5

Zee News: As Ranbir fan, one would not really mind the movie. But it does not make an impact as ‘Dabbang’ moment for the hero. The superstar in the making is probably is a much better actor than a masala entertainer and that’s something that he has proven in his previous movies. The filmmaker did not have a proper vision for an actor of Ranbir’s calibre and this one is certainly not the best for either of them! Rating 2/5

DNA: This is Ranbir's experiment to see whether he can successfully do the films that Salman Khan, Ajay Devgn and Akshay Kumar have knocked out of the park. Can't blame him for trying to do something different. And talented he is, because he does it as well as his seniors. But do Ranbir's audience want him doing this? That is the big question. Rating 2.5/5

India Today: The reason Filmmaker Abhinav Singh Kashyap succeeded the first time with Dabangg was because he had Salman Khan who is capable of pulling off all the possible non nonsensical scenes and dialogues given to him; it works with Salman's fans almost all the time. Now the director tries to do something similar with Ranbir Kapoor and does it work? Obviously not! I can't decide what's worse, Lalit Pandit's music or Abhinav Kashap's direction. Mr Kashyap, you got the Kapoor clan in attendance and your lead actor did his bit.. is that enough? Skip this Besharam film! Rating 1/5

KoiMoi: What’s Good: It is a cheerfully crackling film with the thunderous touch of Abhinav Kashyap. What’s Bad: Filmmakers need to learn that rabid formulaic ideas can be created with crisp writing too. Watch or Not?: Besharam is indeed a credulous attempt at invoking audiences to watch a variation of run-of-the-mill stories commercial cinema subjects us to.There are no outrageously significant elements that makes it a compelling watch which in the end rankles deeply! But if cinema is way of enjoying nachos and popcorn for you, Ranbir’s shamelessly ‘Besharam’ avatar will do for you! Rating 2.5/5