- October 02, 2013
(This is the work of our friend, a moderator of IBODB Forums, Suhas. We thank him for his hard work and research.) 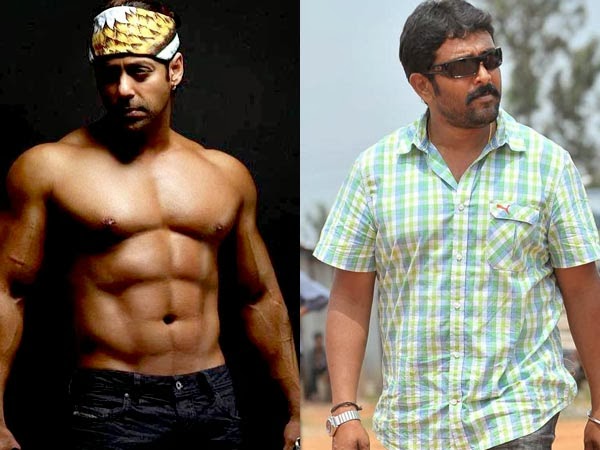 Sandalwood's famous stunt director Ravi Verma , who choreographed many daredevil action scenes for Darshan 's movies, is working with Salman Khan in his upcoming flick Jai Ho. Ravi Verma recently said, "This is a lifetime opportunity for me, and my dream has come true. I am very happy to work with a superstar of Bollywood, Salman Khan. He is very simple and easy going with every single person on the set."

For the ones who are not aware, Ravi Varma is one of the best action directors in the south Industry & he's the best stunt director in Kannada film industry if you consider the current times. He recently has choreographed the stunt sequences in R... Rajkumar.

Action scene from Jackie. Infact one of the best action sequences done without any stunt double:

Action scene from Hudugru. It was later remade into Hindi as Rangrezz. This scene is common in all the 4 languages but Ravi Varma added his trademark car chases & car stunts which were not there in other versions:

This is the trailer of Bachchan, which is the first Blockbuster of 2013 for Kannada films. It has few glimpses of action scenes composed by Ravi Varma:

This is the Hindi dubbed version of Bachchan. If everything goes planned it will be released this month:

Ravi Varma is debuting in Hindi Films this year with R...Rajkumar. See the trailer below:

(This is the work of our friend, a moderator of IBODB Forums, Suhas. We thank him for his hard work and research.)
Best Action Bollywood Action Jai Ho Mental Ravi Varma Salman Khan Sohail Khan Stunts