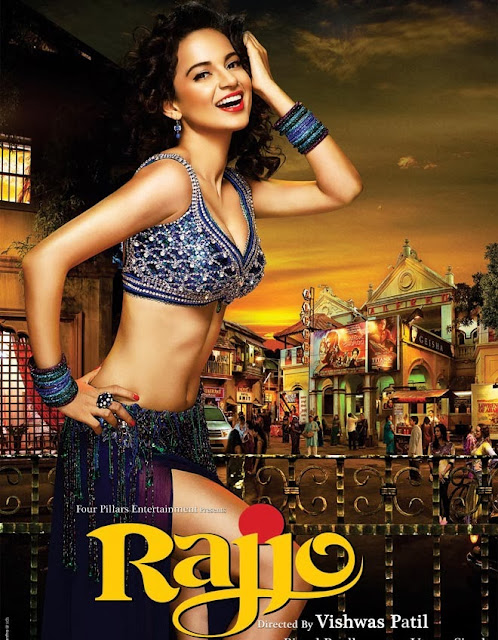 EXPECTATIONS: We had almost no expectations when we decided to listen the music album of Rajjo, but then we saw the composer's name, Uttam Singh. Man, who can forget the evergreen music of "Dil To Pagal Hai"? Or "Gadar"? Uttam Singh has wroked with legends like Naushad, Madan Mohan, Ramchandra, S.D. Burman, R. D. Burman etc and has arranged the musical blockbusters Maine Pyar Kiya and Hum Dil De Chuke Sanam. So expectations got high after watching his name.

1- Jhulmi Re Jhulmi - (Bela Shende): Bela Shende's last memorable song in Hindi Films is "Mann Mohana" in Jodha Akbar way back in 2008. Her voice sounds awesomely good for this type of song, A kind of Mujra song but song itself seems dated. We've listened many such songs in late 90s. Rating 2.5/5

5- Mere Ghoongru - (Bela Shende & Javed Ali): Another Mujra song. Impressive start but fails to keep the standards high as song goes on. Bela and Javed Ali's vocals are the only saving grace in the song. Too long, more than 7 minutes. Rating 2/5

7- Bille Ke Jabede Mein - (Mumbai Voices): This is just a"behaviour of Sharabi people" outside a Kotha. We don't even know if we should rate it or not.