Why did Boss underperform? 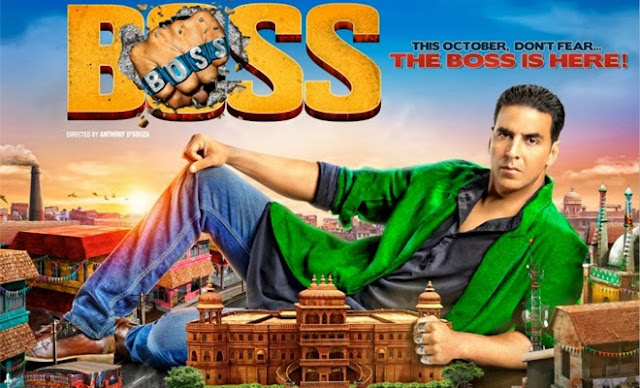 - This article is written by our new writer R Meena. We welcome him in our team

Many trade pandits and cinema lovers are confused why Boss underperformed despite getting mixed to positive WOM from public & mixed reviews from critics. There could be some possible reasons;

1 - Overflow Of Masala Movies - In recent times, thier are so many Masala Movies coming, that too by Top League Stars so it could one of the main reasons that people are now less obsessed of Masala Movies (Larger than life films) & public is now willing for a change. Recently, Superstar Salman Khan also hinted towards it.

2 - Traditional Dull Pre Diwali Period - It is always seen in past that films releasing before Diwali did not fare well at box office. As people are less willing to go for a movie in this time.

3 - Mid Week Release - Should Producers back to release thier films on traditional Fri-Sun weekend instead of Mid.week release? As Mid-week releases are not doing the expected buisness and falling below the line. Boss Released on a semi-holiday (Eid-ul-Adha), so it could not take the desired opening and next day was Thursday (A working day) which did not help any more. Besharam is also one of the examples of this, but at the same time opening weekends of Bodyguard & Ra One contradict this statement.

4 - Failure of Once Upon Ay Time In Mumbaai Dobara - Some people are explaining this by attributing
failure of OUATIMD to the underperformance of Boss by saying that it is same what happened to Don2, due to Ra.One's underperformance.

5- Too Much Akshay Kumar-Starrer - Just passes 2-3 months & an Akki-Starrer arrives, so people are perhaps less Interested in his movies comparing to Khans & Roshan. So it did not help in getting a good
opening which is the most impotant factor nowadays, as big films doing 60-70% lifetime business in 1st week itself.

6- Family Audience Staying Away From Boss - There was not a single element in Boss which could have attracted family audiences - which is very impotant for universal success of a Film. Even the hero (Akshay) was heroine-less in this film. Instead of this, there were many facts which resulted that family audiences stayed away from it. One of the reasons was that it was an Out & Out Action Movie.

But moving fom Boss to Akshay Kumar - he needs a big hit now to gain the trust of his audience back, atleast a Superhit and a movie like Rowdy Rathore. Can Holiday (Thuppaki Remake) do it for our Khiladi?