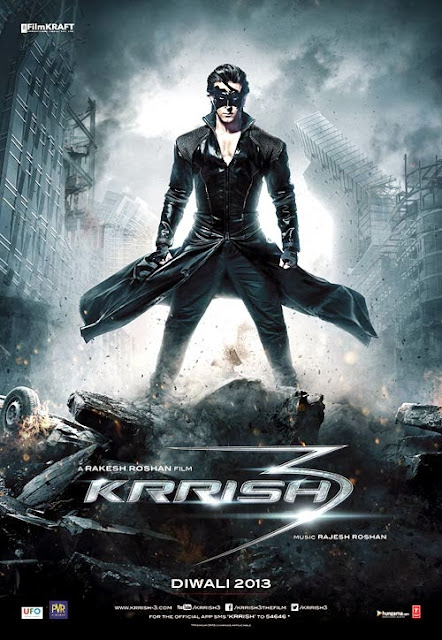 Krrish 3 was hit by the Pre-Diwali period and put up low collections in many circuits. Krrish 3 (Hindi) has collected around 18.75 crore nett as per early estimates on its first day. There is a dubbed version of the film which has been released in Tamil and Telugu which could have collected a further 1.5-2 crore nett. The first day territorial breakdown is as follows.

Note - The above collections are for the Hindi version only.

It seems that Krrish 3 has failed to sustain at the box office on its second day, as morning and noon shows have witnessed drops in the range of 40-50% at most centres. Today is the crucial India vs Australia cricket match which is being played right now, that will decide the 7 match series, which has also had an impact on business this evening.

Krrish 3 is likely to collect around 13-14 crore on its second day at the box office. The Tamil/Telugu version might add around 1 crore to the total. (Note, these are ONLY estimates, NOT final figures).

EDIT: The second day collections will come in it at around the 17 crore nett, according to latest reports. The real affect of these sort of dull periods are very hard to judge so whatever the film notches up in these three days may actually turn out to be big numbers.