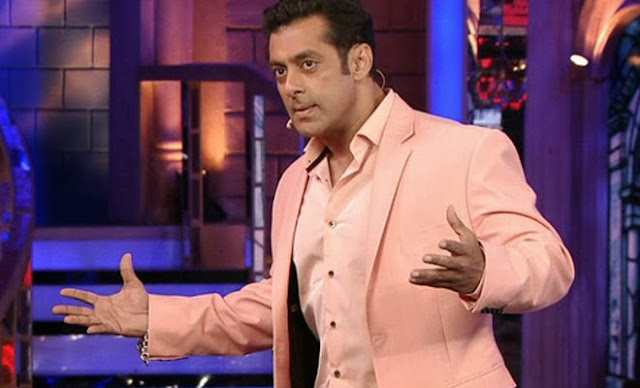 It all started when Kushal-Tanisha rift emerged during a Bigg Boss task and everything got ugly, and Salman had to intervene to tell Kushal how he should behave with girls. And after that episode, Fans groups of different actors took Twitter and Social media with storm and started taking sides of Gauhar Khan and Kushal. In many weeks #SalmanIsAlwaysFair and #UnfairSalman have been leading hashtags on Twitter.

Salman has been hosting the show since 2010 and has become synonymous with the reality show. It is quite difficult to imagine Bigg Boss without Salman. Arshad Warsi anchored the very first season of 'Bigg Boss'. The new concept bowled over the audiences in India and they loved Warsi's quirkiness. After winning Celebrity Big Brother UK, Shilpa Shetty got a lifeline in the entertainment industry. Immediately after her win Shilpa was roped in to host the second season of the Indian version. Amitabh Bachchan has the experience of hosting Bigg Boss season 3. But none of them have had so much impact on the show as Salman has since Season 4. Salman has taken the popular show to a new level and therefore the channel is paying a huge amount (The most for any host ever) to Salman for hosting. It's crystal clear that Salman is the best choice for hosting the show and no one can actually replace him.

Now some people calling Salman unfair because he supported Tanisha Mukerji while Salman Khan says he stood for a woman, not for Tanisha. Media is as usual hyping it too much and portraying it as Salman Khan has done something illegal or has commited a crime. But let us check the facts and ask ourselves some simple questions.

There were atleast two participants in the 7th season of the show who were recommended by Salman and were labeled as Salman Khan's friends in the house; Rajat Rawail and Hazel Keech. Both have worked with Salman in 2011's Blockbuster 'Bodyguard'. Hazel Keech was eliminated in very 1st week of the season and Rajat was also one of the early eliminations. Now, If Salman is unfair and biased, why were his friends out of the show so early? 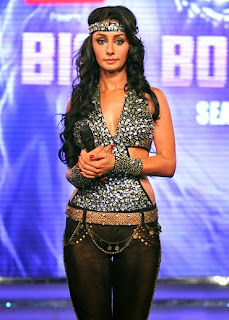 Remember Mahek Chahal from Salman's 'Wanted' and Bigg Boss Season 5? She was, as per media reports, Salman's recommendation. She was one of the Top 2 finalists but didn't win the show. Now, if Salman is so unfair, he could have managed for her to win the season. She was very poular among Bigg Boss audience and no one has even questioned how she was able to win. But Salman didn't unnecessarily favoured her.

Let's talk about Bigg Boss 7 again. Gauhar decided to go out with Kaushal and she left the house. And she came back within 24 hours. If Salman is unfair, biased and against Gauhar, how was it possible for Gauhar to come back? Honestly, The channel could have not said 'No' to Salman if he would have given red signal for Gauhar's come back.

Then Why Did He Support Tanisha?

In today's episode (16th November 2013), Salman 'supported' Gauhar Khan when he favoured Gauhar Khan and asked Pratyusha and others some questions and Gauhar thanked him. Was it wrong too? Let's face it, we develop our liking for some participants and misliking for some. And Salman has always (in previous seasons also) told participants right and wrong. Now, we need to understand that Salman Khan can't watch what participants do in the house 24/7. Only selected and important parts being shown to him by producers and he is being told what to talk about and what to ignore. We need to understand that Salman doesn't own the show, he is just a host. He gets paid for the job and he doesn't (and shouldn't) go against producers. Point is that he can't say anything to someone in the show IF producers don't want it for obvious reasons.

Do you remember what happend that particular day? Kushal (and Gauhar) and Tanisha (and Armaan) were not on talking terms, Kushal taunted her for many days and then in this particular task, Kushal along with Sangram targeted Tanisha and the duo threw powder, soap water and even contents of the dustbin inside Tanishaa's box and Kushal started calling her bad names and ugly things. Needless to say, after a while, Tanishaa got infuriated and came out of the box while slightly pushing him. Kushal did not appreciate Tanisha's attitude and got upset with her act. But she repeatedly (2 times) kept edging him on and mocking him without aggression.

Kushal then removed his mic and asked Bigg Boss to take strict action against her and went and called her " a flop actress, fatso, 36-year-old aunty who was a black spot in her family, Kachra" etc. Tanishaa chose not to react and just walked off from the place. Meanwhile, the inmates were seen discussing the incident and Partyusha and Gauhar also removed their mic to show their support to Kushal and called Tanisha "Cheap girl, club girl" etc. It was surely much more than that which was not aired on the TV for obvious reasons as Salman tweeted about this incident, "U see 1 hour i see the whole deal".

Tanisha kept her cool whole day and didn't say a single word to Kushal, Gauhar or anyone although they were continuously commenting and taunting her. None of them felt bad for anything they did and didn't say sorry. Then Salman had no other choice except intervening. If he would have not intervened, this whole ugly incident had continued in coming days also and situation in Bigg Boss House had become much uglier. Salman clearly said to Tanisha that what she did (pushing Kaushal), was totaly wrong but we all know that Tanisha said sorry to Kushal and tried to solve the problem, but Kushal and his co. kept targeting her and thus what Tanisha did, looked so little in front of Kushal's behaviour.

It has always been a practice in Bigg Boss that when Salman says something to participants, they admit it and listen quietly no matter they agree or not. It's the way you show respect to a mega superstar of Indian Cinema. But what Kushal and Gauhar did was totally opposite. They started arguing and Gauhar went a step further and started shaking her head and making faces. It was totally disrespect to one of the biggest star of Hindi Films ever. Just think, if Kushal had said sorry, it would have not become so ugly.

Was It Justified What Kushal Did To Tanisha?

What Kushal did to Tanisha, may look a simple fight to some people BECAUSE they don't like Tanisha and Armaan in the show, but let's have a reality check. If the same thing would have happend with Gauhar and Armaan would have targeted her, whom had you supported? Gauhar or Armaan? If your answer is Gauhar, then you are biased and unfair, not Salman Khan. As a fair host, he has nothing to do how they play the game, how they nominate each other and how they target each other, but if something so bad as Kushal did with the help of Gauhar and others happens, he has to point it out because it disturbs not only the family of targeted person but a large section of Bigg Boss audience also.

Then Why Did Salman Never Bash Armaan?

Salman has pointed out Armaan's wrongs also, but the differnece is that Armaan (or any other participant except Gauhar and Kushal) has never argued and has simply accepted his fault. It doesn't matter if he means it or not, because Salman is not his father or guardian but at least he says sorry. He has fought with every house mate and has abused almost everyone, but he always says sorry to them before the day ends and they become friends again. Remember when there was a fight between Armaan and Andy (When Andy said something about his father) and Salman started talking about the fight and Armaan suddenly stood up and went to Andy who was in Jahannum and hugged him and said sorry. Then Salman had nothing to say.

Remember when Salman took a dig on Armaan and Tanisha and told them that there were 84 cameras in the house and they said nothing, but just "Ok sir". Seriously, could not they argue about that and ask what they have done wrong? Even Kushal and Gauhar were also doing that and even little more than what Armaan and Tansha were doing, but Salman didn't say anything to them. Why did haters not say that time that Salman was unfair?

And it's totally wrong to say that Salman never said anything to Armaan. He has said a lot of things and even said that he doesn't respect women etc, but Armaan never argues and just accepts his mistakes, atleast in front of Salman. While speaking with Tanishaa, Salman made it very clear that Armaan's disrespectful behaviour should not be tolerated and asked the Mukerji gal to take a strong stance by telling her that his own family was wondering why Tanishaa takes all of Armaan's tantrums lying down. A visibly embarassed Armaan could do little but offer an apology of sorts to his "good friend" Tanishaa with whom he has been extremely rude on more occasions that one. That was the difference between Armaan and Kushal/Gauhar.

If someone still has reservations and questions, simply ask in the comment section below. I believe we can discuss without being abusive. We can discuss with respect and dignity. All your questions regarding Salman Khan and Bigg Boss hosting will be answered in next article.