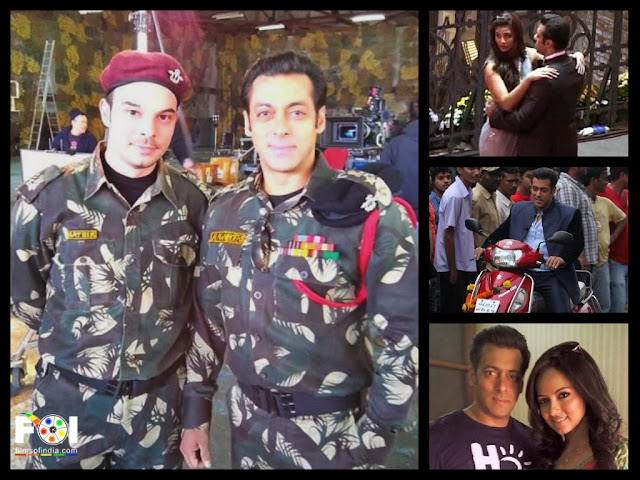 This year is going to end without a single release by mega superstar Salman Khan, though he has had his share of reality television. His next, directed by his brother Sohail Khan, is scheduled to release on January 24, 2014. But surprisingly enough, not even first look, poster or teaser is out. Which means — by Bollywood pre-release promotion norms — the film is running late, considering the fact that all big films run huge pre-release promotions. Have a look at other big films promotions:
Hindustan Times asked the trade pandits if that delay in promotions will affect the fortune of the movie. Not when you’re talking about a Salman Khan film, they say.

Trade analyst Taran Adarsh says, "Usually, a big-budget film’s first look comes out at least two-and-a-half months prior to release. Then, depending upon its readiness, the promos are released. Yes, they (the makers of Jai Ho) are behind schedule, but they will manage."

Film exhibitor and distributor Akshaye Rathi says, "If the movie has a star like Salman, the makers don’t need to promote it. Though they are late, they will go hammer and tongs with songs and promos in the time they have in hand. Besides, the makers are banking upon the return of Salman."

Distributor Ashok Ahuja adds that "for a Salman film, even 10 days prior to release is a good enough period (to promote a film). The power he has is enough to pull crowds to the screens."

Not confirmed, but if rumors are to be believed, first look of Jai Ho is going to release with R.. Rajkumar.