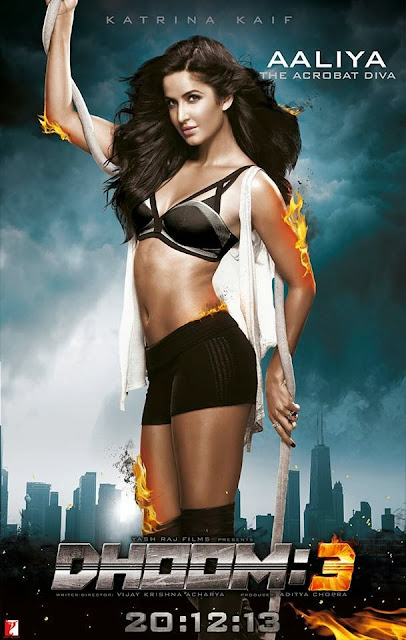 Dhoom 3 has set box office on fire. After setting a new opening day record on Friday, the film still seems unstoppable. The film showed a phenomenal trend on Saturday. Dhoom 3 has hardly dropped on Saturday with early estimates in the 29.50 crore nett range. The trend is phenomenal as multiplexes had collections matching Friday with some places even better. After such a bumper start a 15-20% drop would have been a good trend but the drop here is much less.

The film is now sure to have extraordinary collections over the weekdays. North India has seen phenomenal collections despite the weather which is leaving morning and night shows lower at places but still the film is putting up never seen before numbers.


Trenind on Sunday is awesome and the film is looking to put up big numbers. The film is aiming at highest single day and highest Sunday today. It's almost certain that new first weekend record will be created. The highest weekend record currently belongs to Chennai Express. Check it out!