No Salman – Shahrukh clash during EID 2015 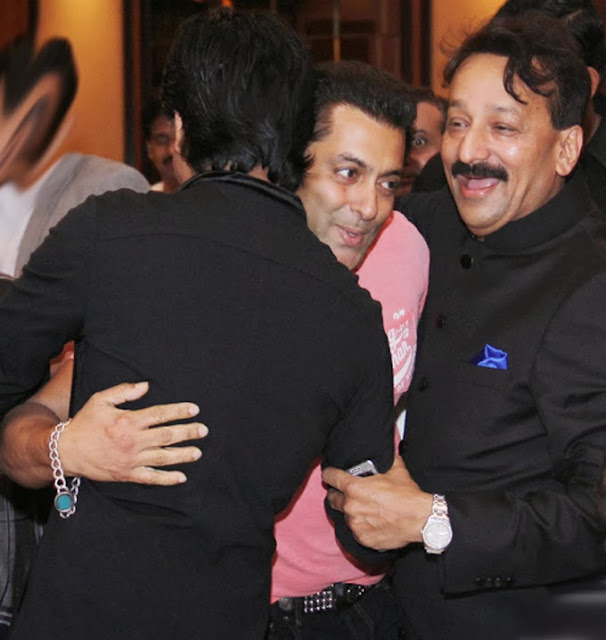 Some days ago, the media went berserk touting a mega box office clash between the two biggest superstars of the country after Shahrukh Khan announced his film titled Raees (Read Here). Now, producer Ritesh Sidhwani has rubbished all rumours of the media-created clash between Shahrukh Khan and Salman Khan during Eid 2015. Check below: 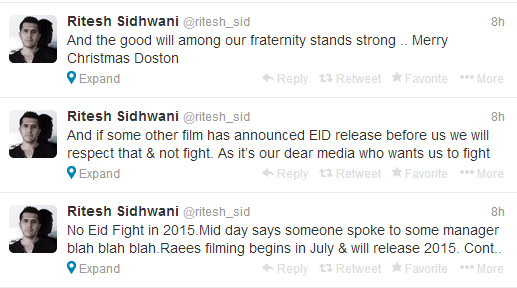 In his 2nd tweet "And if some other film has announced EID release before us we will respect that", he was referring to Kabir Khan’s film with Salman Khan.

So it's a good news that there will be no clash and we shall have Salman Khan releases on Eid 2014 and 2015.