Salman Khan is not biased, say both Gauhar & Tanisha 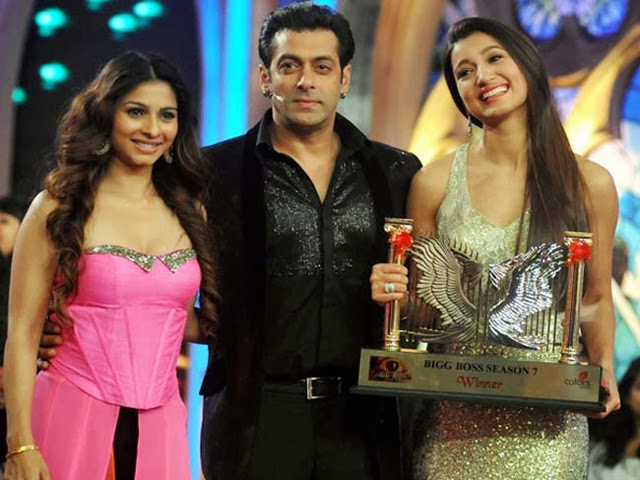 This entire season of Bigg Boss was the most traumatic one, not just for the housemates, but also for their fans outside. The fans of each housemate, the fans of Bigg Boss – the show, and fans of Salman Khan – it was a huge fan-war on social media. The way everyone was reacting, either on Twitter or Facebook or even on the Colors website was seriously insane. The fans of Kushal and Gauhar were accusing Salman for being unfair and supporting Armaan Kohli and Tanisha. Though it's proven now that Salman was not supporting anyone and therefore, Gauhar Khan was able to win the season.

Read also:
After battling it out with 19 contestants, Gauhar Khan emerged as the winner of Bigg Boss 7. Bollywoodlife.com caught up with the gal and asked her about Salman Khan. The question was exactly if Gauhar Khan thought Salman was biased. Read the Gauhar's answer below:

"He was not biased. It’s just that whenever he used to say something wrong, I used to tell him that you are not listening to me, but he on the other hand used to tell me that I am not listening to him which was actually true because I love giving opinions. He is hosting a show and he is doing a fantastic job and I don’t think anyone else except him can host Bigg Boss. Yes, you are inside the house and you feel bad sometimes, that’s it."

The similar question was asked to Tanisha also. She responded to this question like this:

"He was not at all biased. He has not reached at this stage without being the person he is. He knows Gauhar more than he knows me which he himself said in an episode. So not at all I found Salman Khan biased, I found him extremely fair."

Now, when the show is over, this unfair accusation of being biased on Salman should be stopped. And if not, do whatever you want to, man! The truth can never be buried. It will always bounce back, it will always come haunting you, because what you give is what you get! Now, over to you!