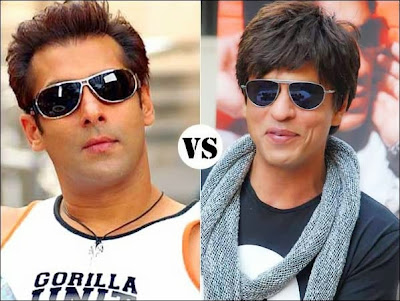 Eid Weekend has become a super lucrative weekend since 2009 when Salman Khan came with 'Wanted' on Eid in his bad phase and the film became second highest grosser of the year. Then on Eid 2010, Dabangg created storm at box office and rest is the history. This year on Eid, Salman Khan had no release and Shahrukh took the chance and released his film, Chennai Express and it became the highest grosser of all time. This shows how important Eid weekend is for Bollywood. Have a look at the following stats:

While Eid 2014 is officially booked by Salman Khan, it was being said that Salman Khan's next with Kabir Khan is going to release on Eid in 2015, but now Shahrukh Khan has booked the Eid 2015 weekend for his next after Happy New Year - Rahul Dholkia's Raees. Is the biggest clash of Bollywood on? What do you think?