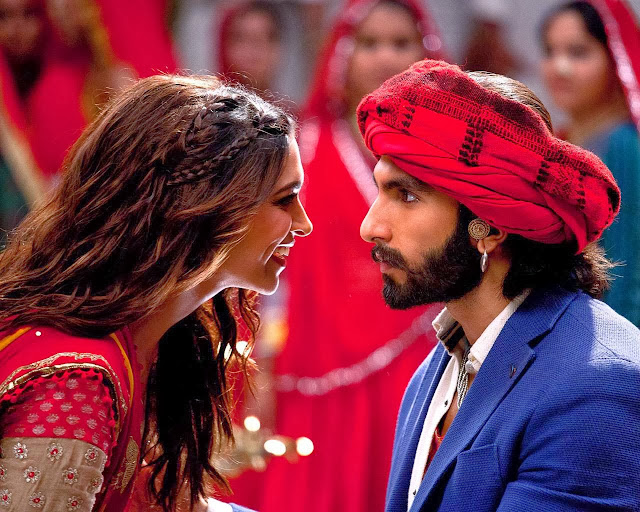 Goliyon Ki Raasleela Ram-Leela (English: A Play of Bullets: Ram-Leela) is a 2013 Hindi romantic-drama film directed and produced by Sanjay Leela Bhansali. It stars Ranveer Singh and Deepika Padukone as the eponymous leads. The film is an adaptation of Shakespeare's Romeo and Juliet, set in violent times. The film earned generally positive reviews and opened to strong box office collections worldwide. The film was declared a 'Hit' in India and 'Super hit' overseas by Box Office India. 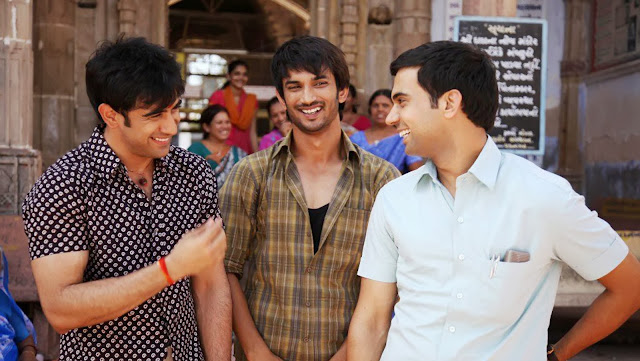 Kai Po Che! is a 2013 Indian drama buddy film directed by Abhishek Kapoor based on Chetan Bhagat's novel The 3 Mistakes of My Life, with music by Amit Trivedi and lyrics by Swanand Kirkire. Sushant Singh Rajput, Raj Kumar Yadav and Amit Sadh star as the three main protagonists while Amrita Puri plays the female lead. The film title Kai Po Che! is originally a Gujarati phrase that means "I have cut the kite" which refers to Makar Sankranti (known as Uttarayan in Gujarat) where one of the competitors uses his kite to cut off another competitors kite and yells "Kai Po Che!". 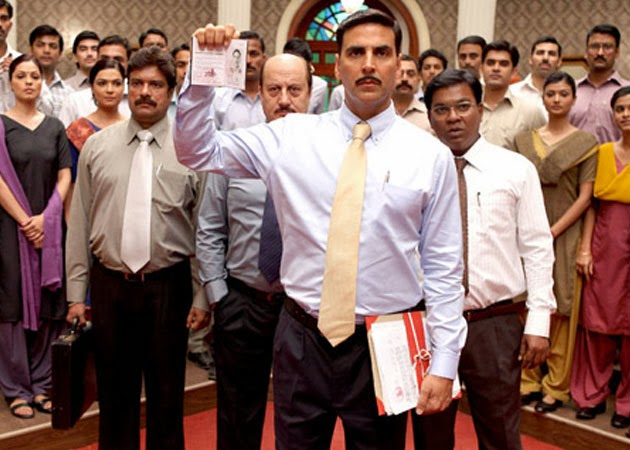 Special 26, also known as Special Chabbis, is a 2013 Indian thriller heist film directed by Neeraj Pandey. The film stars Akshay Kumar and Kajal Aggarwal in the lead roles with Jimmy Shergill, Manoj Bajpai and Anupam Kher in supporting roles. The film is inspired by a real-life heist on 19 March 1987 where a group posing as CBI officers executed an income tax raid on the Opera House branch of Tribhovandas Bhimji Zaveri in Mumbai. 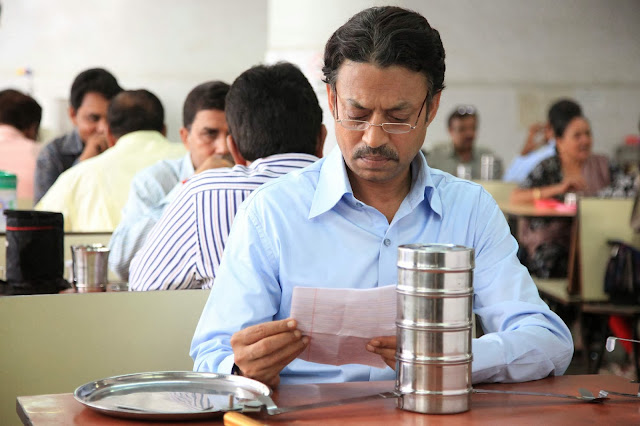 The Lunchbox is a 2013 Indian epistolary romantic film written and directed by Ritesh Batra, and produced by Guneet Monga, Anurag Kashyap, and Arun Rangachari. The film was jointly produced by various studios including UTV Motion Pictures, Dharma Productions, Sikhya Entertainment, DAR motion pictures, NFDC (India), ROH Films (Germany), ASAP Films (France), and the Cine Mosaic (United States). It stars Irrfan Khan, Nimrat Kaur and Nawazuddin Siddiqui in lead roles. The film was screened at International Critics' Week at the 2013 Cannes Film Festival, and later won the Critics Week Viewers Choice Award also known as Grand Rail d'Or. It was shown at the 2013 Toronto International Film Festival. The film was released in India on September 20, 2013. The film did well at the box office. 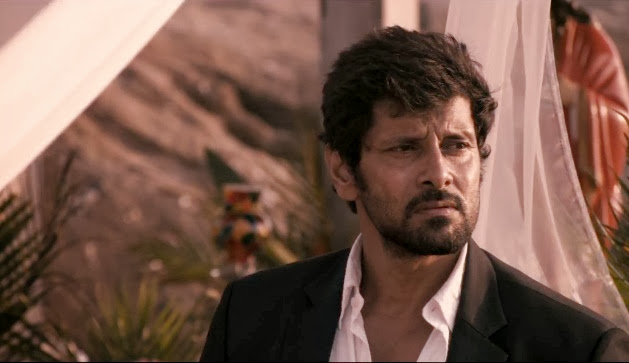 David is a 2013 Indian Hindi action-thriller film directed by Bejoy Nambiar, starring Vikram, Neil Nitin Mukesh and Vinay Virmani in the title role, alongside Tabu, Lara Dutta, Monica Dogra and Isha Sharvani. An altered version with the same title David featuring a slightly different cast was simultaneously shot in Tamil. The plot revolves around the lives of three different men named David, who are about to take a step which is going to change their lives forever. 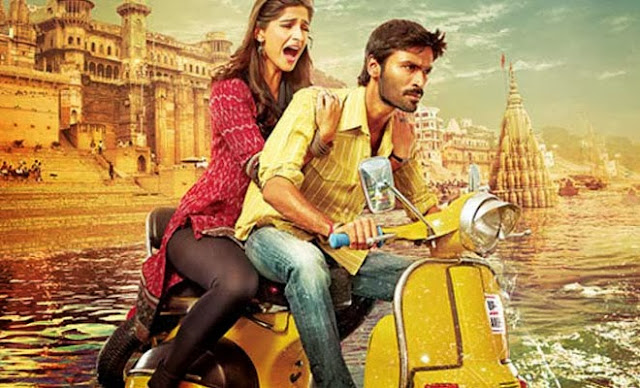 Raanjhanaa (English: Beloved One) is a 2013 Indian romantic drama film, directed by Anand L. Rai and written by Himanshu Sharma. The film is produced by Krishika Lulla under the banner Eros International. It stars Dhanush, in his Bollywood debut, Sonam Kapoor and Abhay Deol in lead roles. The film was released on 21 June 2013 worldwide, while the dubbed Tamil version titled Ambikapathy was released a week later. The background score and soundtrack was composed by A. R. Rahman. The film was declared a Hit by Box Office India. 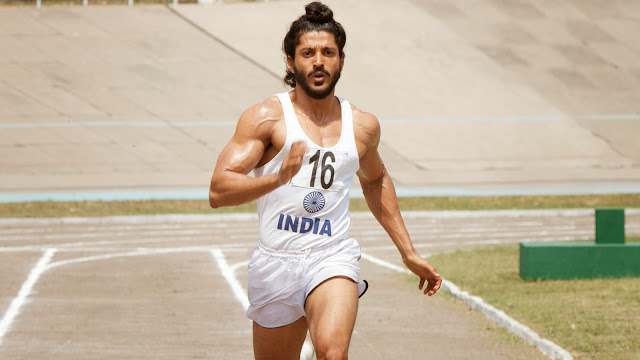 Bhaag Milkha Bhaag is a biographical sports drama film based on the life of "The Flying Sikh" Milkha Singh, an Indian athlete who was a national champion runner and an Olympian. The film has been produced and directed by Rakeysh Omprakash Mehra on a script written by Prasoon Joshi, with sports action by Rob Miller of ReelSports. The film stars Farhan Akhtar, Sonam Kapoor, Divya Dutta, Pavan Malhotra, Yograj Singh and Prakash Raj. Released in mid-2013, the film gathered a highly positive response from critics, and performed exceptionally well at the box office, eventually being declared a super hit domestically and hit overseas. 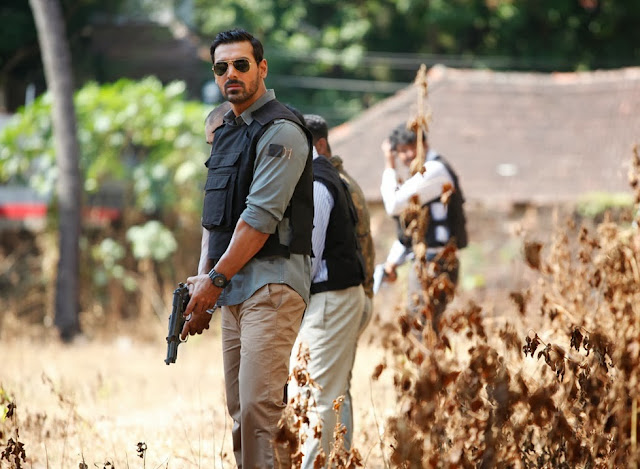 Madras Cafe is a political espionage thriller film directed by Shoojit Sircar and starring John Abraham, Nargis Fakhri and Rashi Khanna in lead roles. The film is set in the late 1980s and early '90s, during the time of Indian intervention in the Sri Lankan civil war and assassination of former Indian prime minister Rajiv Gandhi. Madras Cafe was released on August 23, 2013. Box Office India stated the film had average financial numbers. 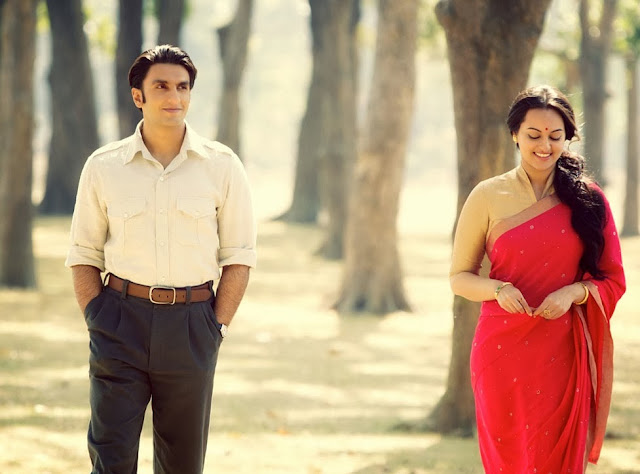 Lootera, (English: Robber), is a period romantic drama film directed by Vikramaditya Motwane and partly based on author O. Henry's 1907 short story The Last Leaf. It is the second film directed by Motwane after his critically acclaimed film Udaan. Set in the era of 1950s, the film stars Ranveer Singh and Sonakshi Sinha in lead roles. The producers of the film being Shobha Kapoor, Ekta Kapoor, Anurag Kashyap and Vikas Bahl, the film features music and background score by Amit Trivedi with all song lyrics penned by Amitabh Bhattacharya and cinematography by Mahendra J. Shetty. Lootera released to worldwide critical acclaim on July 5, 2013. 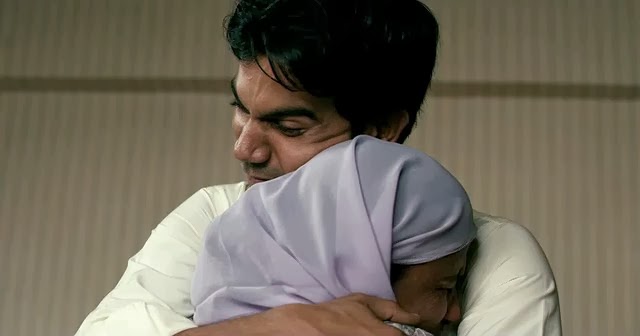 Shahid is a biographical Hindi film directed by Hansal Mehta and produced by Anurag Kashyap. It is based on the life of lawyer and human rights activist, Shahid Azmi, who was assassinated in 2010 in Mumbai. The film had its world premiere at the 2012 Toronto International Film Festival's ‘City to City’ programme in September 2012. The film was selected for distribution by UTV Motion Pictures and released on October 18th, 2013. The film received positive reviews from critics.