This review is published by BoxOfficeCapsule on their website. All credit to http://www.boxofficecapsule.com/. We are only sharing it. 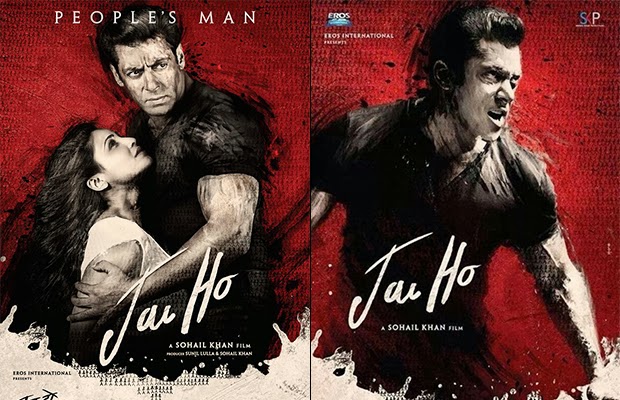 Sohail Khan debuted with super hit 'Pyaar Kiya To Darna Kya' but later drifted with some real bad films i.e. 'Hello Brother'. He is trying his luck once again with this film while riding on his super star brother who never goes wrong at box office.

To start with, this Slaman starrer has some plot and something substantial to say. Jai (Salman Khan), a patriotic Indian army officer stripped of his powers when he disobeys his boss during a terrorist operation. He’s suspended and the disillusioned high-ranking officer becomes a car mechanic. But although he tinkers with jeeps he still jumps to help people in trouble.

In the first half, he’s shown helping a disabled student (Genelia D’Souza) write her exams and reunites a kidnapped toddler with his distraught mother. It’s all in a day’s work for Jai. But he doesn’t want to hear ‘thank yous’ and asks them to help three people around them instead (he says it’s a way of forming a human ‘goodness’ chain.). From there on how he challenges evil politician played by Danny and the whole system forms the rest of the story.

Film has superb story line but screenplay falters especially in terms of engagement which was not the case with 'Stalin', the film from where this Salman starrer takes official inspiration. Dialogues are good but sometimes go overboard in defining a scene. Editing is top notch and keeps the proceedings pacy. Background score is loud and music/songs are boring with exception of 'First class hai'. Action is repetitive and camerawork is lazy. Dialogues are punchy and lift the scenes.

Performance wise Salman Khan delivers an honest performance after long time, perhaps after 'Phir Milenge'. His act is burning proof to those who think that he can not act. He acts and fights with same gusto. What is remarkable about his performance is his superb balancing act between a ass hero and fine actor. Though his brilliant act is pulled down by poor supporting cast including debutant actress Daisy Shah. Daisy smiles and smiles but Danny and other supporting actors i.e. Yash Tonk, Bigg Boss fame Shukla and Sana Khan give a 2 hour display of high pitch headache inducing act.

But it is the junior Khan, director Sohail Khan who keeps it all tight and brisk. He maintains a fine balance between being preachy and entertaining. He tries hard to be Rajkumar Hirani but script lacked the depth of Munnabhai series though still one should applaud his honest attempt as he would had easily made another 'Dabangg' or 'Bodyguard'. Bravo!

Film will release around 4300 screens tomorrow and should take a bumper start riding on star power of Salman. But will film break all records in coming days, that is a million dollar question. One should wish that this Salman starrer breaks box office records otherwise star will be forced to do similar thread thin plot entertainers.

Go for this one for rare but fantastic medley of Salman Khan, the actor and the star!