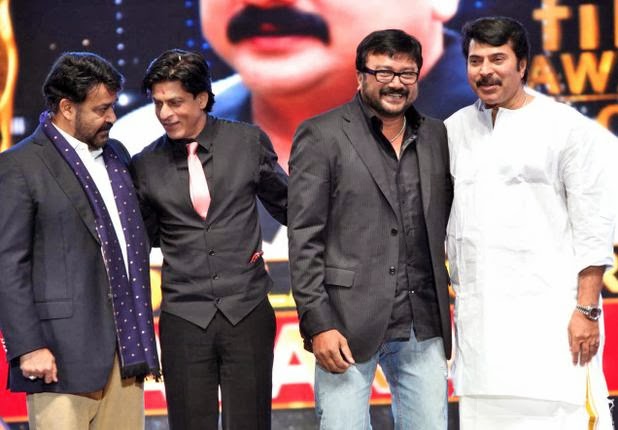 The viewers of Asianet, a Kerala based television channel, has chosen superstar Shahrukh Khan as International Icon of Indian Cinema. The award was present to him by the legends of Malayalam cinema, Mammootty and Mohanlal at the 16th edition of Asianet Film Awards.

"It is a great honour for me to receive this award by Asianet. To be given the award and so much love by Mammootty and Mohanlal sir was an amazing feeling. They are the artists who have inspired me as an actor always", said Shahrukh Khan.

At the awards ceremony, Mohanlal sang an entire song from “Dilwale Dulhaniya Le Jayenge” and SRK, along with both the veterans danced on the Lungi dance song from his film Chennai Express.

“It is humbling to know that it gets noticed in the same capacity. Awards always motivate me to work harder and make more cinema that brings a smile on everyone’s face,” added the superstar.