It’s rare to recall nanny who provide safe, caring, nurturing environment after to the newly born, but mega superstar Salman Khan is someone whose generosity never forgets such people and particularly when its her own nanny. 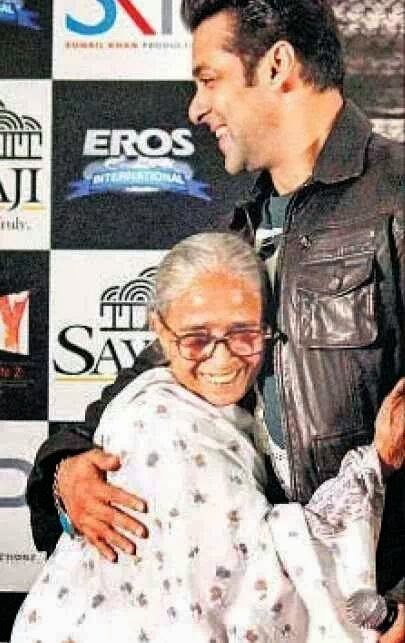 86-year old Rukmani came on stage and tried to touch Salman’s feet which he tried to evade and himself bowed down before her and gave his words.

Nanny recalling the days, when Salman’s mother Salma was admitted to Kalyanmal hospital in Indore on 27th December 1965, said, “I was the first one to hold Salman in my arms. I looked after him for two weeks since his mom was under observation. No one ever thought that this newborn will be such a big star in future.”

Indeed, Bollywood is proud to have a superstar like him!