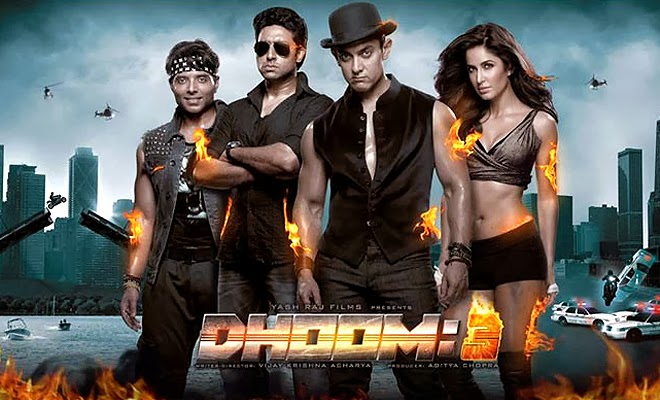 Dhoom 3 has finished the biggest grosser ever in all main circuits worldwide apart from Mumbai. In India the the out performance came in East Punjab as it beat the record of Ek That Tiger by a huge 53.54%. Next best was Rajasthan with a gap of 42.13% between Dhoom and Krrish 3.

The circuits were records were beaten by smaller margins where Nizam/Andhra and Tamil Nadu/Kerala as Chennai Express had set huge totals in these markets.

In overseas it set a new record in Australia by a phenomenal 59.27% while in United Kingdom it was only 3% ahead of My Name Is Khan but that really can't be called under performance as that market has been struggling for years and a 2 million total is phenomenal today. Below are finishing positions of Dhoom 3 markets of India and main markets overseas.