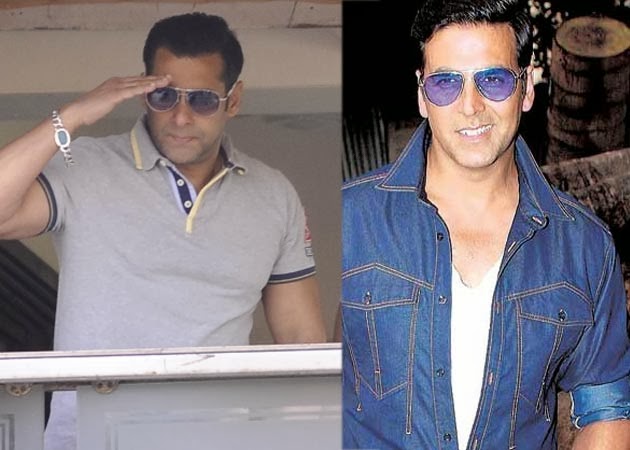 According to Hindustan Times, much talked 'Fugly'-song, featuring superstars Salman Khan and Akshay Kumar, will be filmed today. Apparently, Salman has just wrapped up a schedule of 'Kick' and since he is free for a few days, he decided to give time for the song today.

As Akshay, who happens to be the co-producer of the film, didn't want to waste Salman Khan's precious time, he decided to work in double shift which he usually doesn't like to do. Akshay always stays away from doing double shifts, but he is making an examption this time. According to sources, Akshay is currently in Pune shooting for his next release, Gabbar and he will complete shooting for the day til 2 pm. He will then immediately leave for Mumbai to film the song, without stopping by at his Juhu home. From 4 pm to 8 pm, both actors will be found at Mehboob Studio, Bandra to film the song. To save the travel time, Akshay has also hired a chopper. After wrapping up this shoot, he will go back to Pune to finish the schedule there.

Salman Khan & Akshay Kumar have also worked together earlier in the films like 'Mujhse Shadi Karogi' and 'Jaan-e-Mann'. Salman Khan has appeared in a song of Akshay Kumar starrer 'Tees Maar Khan' too.