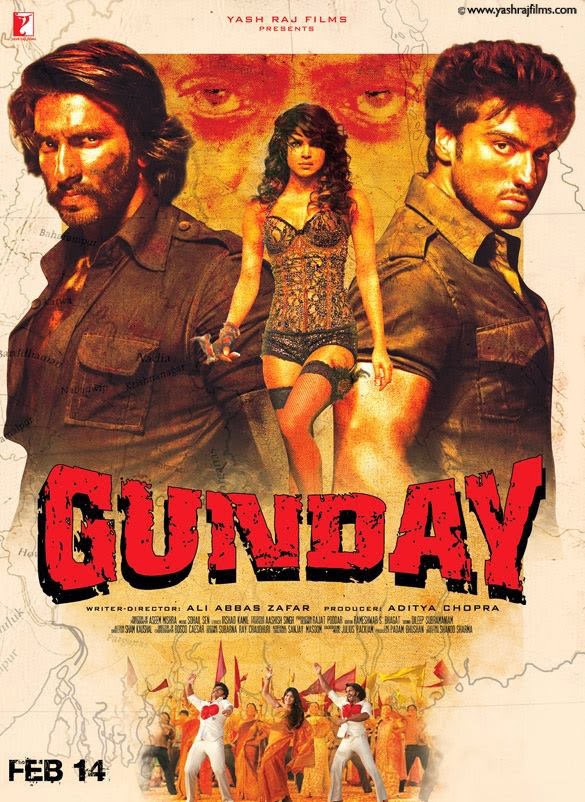 Gunday had a strong opening in most places in India with around 60-65% collections on average. The opening was very good at multiplexes and the single screens that opened early. Jai Ho had also opened similar occupancies of around 60-65% on average on day one and its a similar story with Gunday.

The collections of the film will find it tough to get to Jai Ho levels as there is a 30% difference in the screen count with Gunday being screened on 1100 fewer screens. Jai Ho was released on around 3900 screens in India while Gunday is 2800 screens approx.

The start for Gunday was better in North and Central India than Mumbai circuit and though Mumbai was good it was not as strong as places like Delhi/UP or CI. It was the opposite for Goliyon Ki Raasleela Ram - Leela the last Ranveer Singh starrer which opened best in Mumbai circuit.

It is Valentine's Day today so the film should get a little boost from that at multiplexes with better collections in the  evening and late afternoon than a normal Friday. Gunday is on course to put up a very good first day total and if it sustains and gets positive WOM, it may well emerge the first hit of 2014.