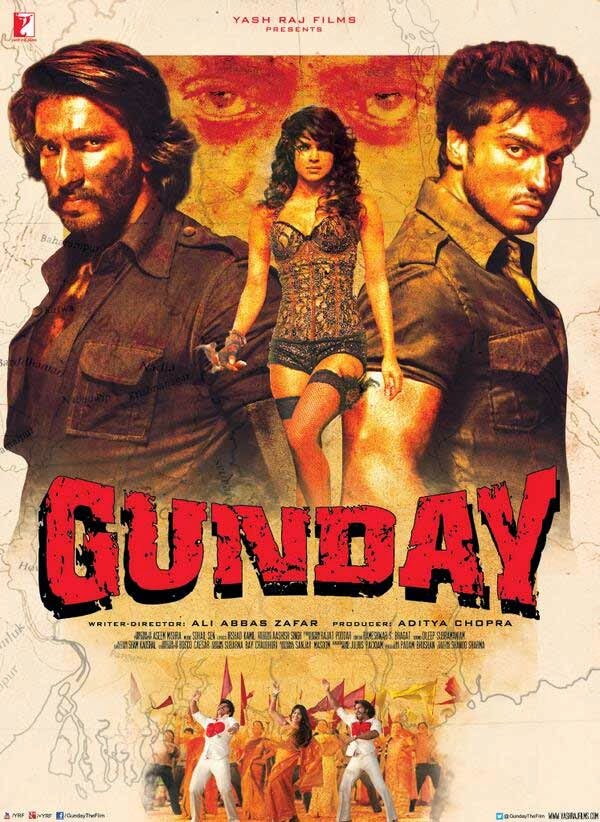 Gunday had very good first day grossing around 15 crore nett as per early estimates. The film had solid collections all over with collections in East Punjab beating the biggest opener of 2014 Jai Ho due to there being a holiday in Punjab state. West Bengal and Assam also saw similar collections to Jai Ho though other circuits were lower.

The collections are very good for a film like Gunday and it was multiplexes with better collections than single screens even though it was an action film.

This was due to three factors the first being that multiplexes got benefit of Valentines Day, second being that the cast has limited face value for the single screen audience and thirs it is a YRF production which has strong hold in urban areas. The single screen collections were good but for this type of film they had potential to be better. It will be interesting to see what happens over the weekend as Saturday growth will be tough as multiplexes might not show growth but Sunday should be up and a 40 plus weekend looks easily achievable for the film.

The film was also had a release in Bengali with the screen count unlikely to be over 50 screens.

The opening has basically ensure the film is a success and if collections sustain over the week it will become the first hit film of 2014.