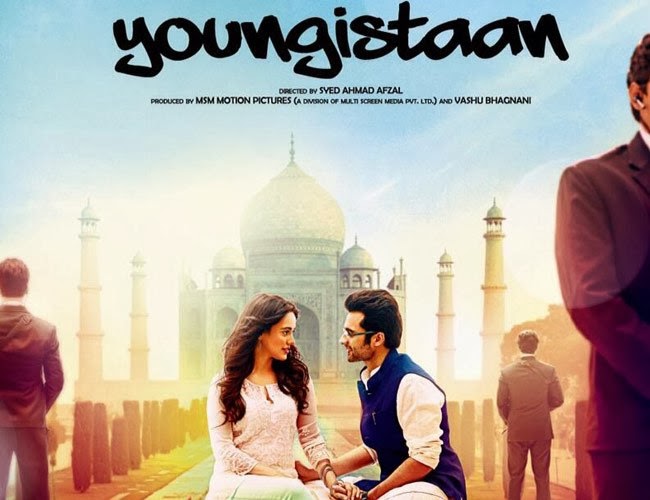 2- Mere Khuda - (Shiraz Uppal): This track is composed and sung by talented Pakistani music composer Shiraz Uppal, who has worked with music maestro A. R. Rahman also. 'Mere Khuda' is based on generic Pakistani pop tunes, though arrangement here is more clear and beautiful. This is a beautifully composed track. Shiraz Uppal does not disappoint behind the mic. Lyrics are meaningful and really nice. Rating 4/5

3- Tanki (Mika Version) - (Mika Singh, Bhavin Dhanak, Apeksha & Sneha Khanwalkar): A song composed by Indian Skrillex, Sneha Khanwalkar, and she starts from there she left in Gangs of Wasseypur, atleast some strange sounds are there. We loved Sneha's compositions in Oye Lucky Oye & GOW, but after hearing this track, you feel disappointment. It seems a confuse attempt to create a youthish song. Lyrics are below average. Rating 2/5

5- Tanki (Bhaven Version) - (Hard Kaur, Apeksha Dandekar & Sneha Khanwalkar): We were very excited for Sneha's compositions before listening to this soundtrack, but she fails to impress this time. We still like the start of both versions, but after first 40 seconds, the tracks (both versions) enter into a strange zone. Rating 2/5

7- Suno Na Sangemarmar (Remix) - (Arijit Singh): First of all we have to tell that we are not fans of remixes at all. And this time also, we feel that remix version kills the beauty and innocence of the original track. Rating 2.5/5

NOTE: Shiraz Uppal and Jeet Ganguly have made this soundtrack bearable. Actually, they were really really very good.