Salman & Akshay To Dance Together On A Yo Yo Song! 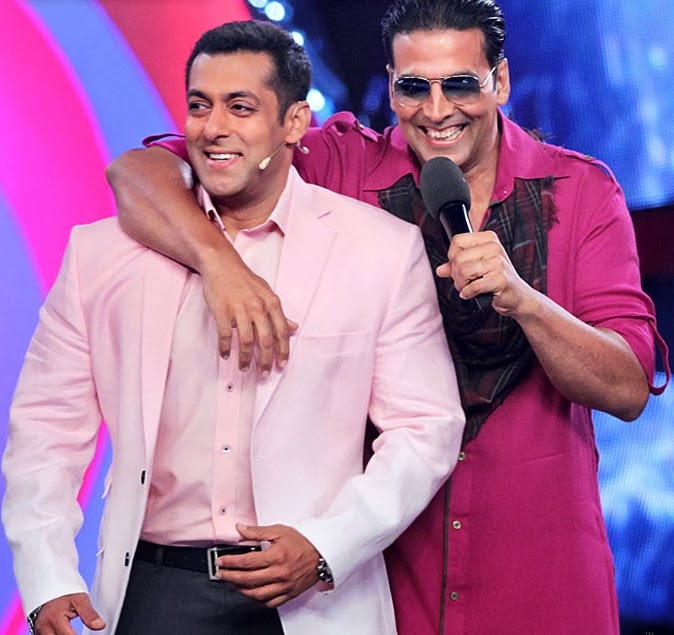 Salman Khan and Akshay Kumar have done David Dhawan’s ‘Mujhse Shaadi Karogi’ Shirish Kunder's 'Jaan-e-Mann'. The two superstars also did a song for Farah Khan’s ‘Tees Maar Khan’ in 2011. Now we have learnt that in the upcoming Akshay Kumar's film ‘Fugly’, being co-produced by Akshay himself, they will be seen dancing to a Yo Yo Honey Singh song with four newcomers in the video.

It was Salman’s friendship with co-producer Ashvini Yardi that made him say yes to doing this song. These two super dancing stars are bound to be a hit with the audience.