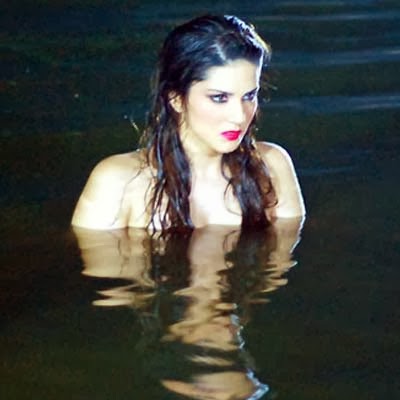 Ragini MMS - 2, the forthcoming horror-erotica film, contains a horror-packed scene shot inside a lake. The scene took an entire night to shoot and Sunny fell ill the following day and developed a minor skin allergy.

"I saw dead fish. The water was dirty," said Sunny. "I was scared as hell," she added.

The lake was in Vasai on the outskirts of Mumbai, in a scary and quiet location. The said scene had to be shot at midnight when the water was cold, so as to get the desired effect. Sunny had to dip into the water to give her best shot but was petrified because the lake was quite a walk from her vanity van. There was also talk of water snakes.