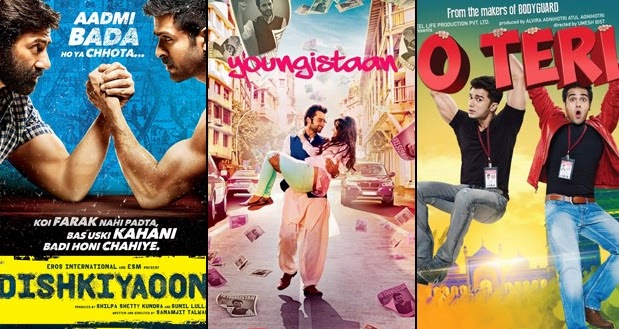 This Friday claimed to the worst Friday ever as three new films released which have a combined cost of around 75 crore to produce and release and the first day was a total disaster for that sort of investment. All three had such low openings that the combined opening day total was just around 3 crore nett. They may grow a little over the weekend but it will make no difference to their fates. All three films are big losers especially Dishkiyaaon which may have had the best collections but was also the costliest of the lot.

Its unlikely there has ever been a Friday where there is a 75 crore investment and the first day share for the producers/distributors is a horrid below 2 crore at best from the domestic theatres. It does not get any better for the exhibitors who have allocated nearly 3500 screens for these three films.

The approx first day estimates of the three films were as follows:

Ragini MMS 2 was still the top film this week as it collected around 1.25-1.50 crore nett on its 8th day. The film had a higher collection than Dishkiyaoon, Oh Teri and Youngistaan on their first days.

Queen dropped around 50% from its last Friday as it grossed around 60-70 lakhs nett on its fourth Friday.