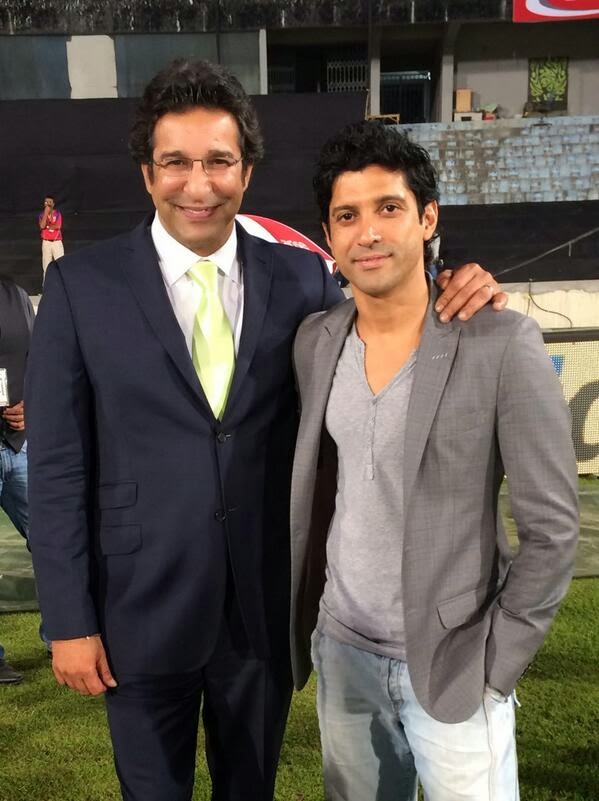 Farhan Akhtar didn't miss the golden opportunity of promoting his movie 'Shaadi Ke Side Effects' which is currently running in theatres, at a crucial point in the today's match between Pakistan and India. It reminded us about Aamir Khan who took the golden chance of promoting his movie 'Dhoom 3' hen Sachin Tendulkar was playing his last test match. This time, Farhan Akhtar was found sitting with Navjot Singh Sidhu and Kapil Dev in the commentary box of Asia Cup 2014 during India vs Pakistan match.

Farhan, in a candid conversation with Kapil and Sidhu talked about the side effects of marriage and even went on to say that how mouthing the words cricket and biwi in the same sentence is not allowed. He further talked about cricket and said that he would love to make a movie on Kapil Dev’s story and that he was sure that the Indian audience would love to watch a movie on based on his life.

He was spotted talking to Waseem Akram also during lunch break. Now, when Pakistan has won the match, the only winner from India's side is Farhan Akhtar who successfully hit the perfect six!