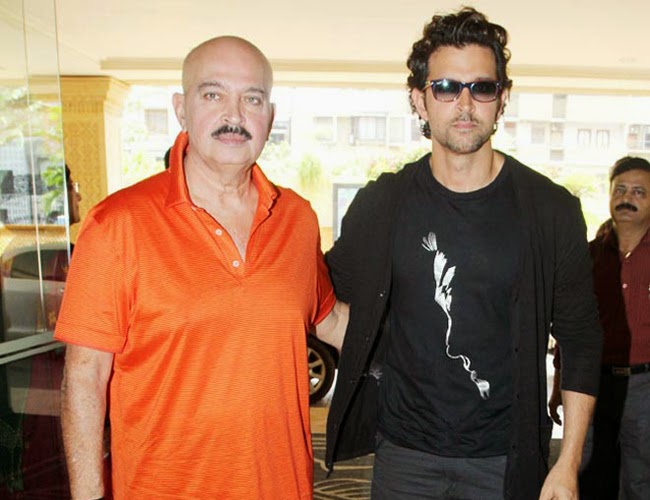 Superstar Hrithik Roshan and father Rakesh Roshan are expected to work together again on a new film before they start work on ‘Krrish 4′.

Rakesh confirmed the news to Hindustan Times, “Yes, we are working on a script right now. Let’s see how it works out. It’s too early (to go into details).”

Unlike the ‘Krrish’ franchise, the new film is not to feature any superhero characters. The film could start later this year after Roshan finishes on Siddharth Anand’s ‘Bang Bang’. He has a free window after walking out of Karan Johar’s ‘Shuddhi’.

A source told the publication, ”Rakesh wants to take the fourth part of the film to a higher level, and so it’s going to take time. In the meantime, they are trying to work out another film. Since they already have an idea in place, the story is being fleshed out further by Rakesh. It’s going to feature Hrithik in a completely different avatar.”