I Am Really Fond Of Nargis Fakhri, Says Ileana D'Cruz 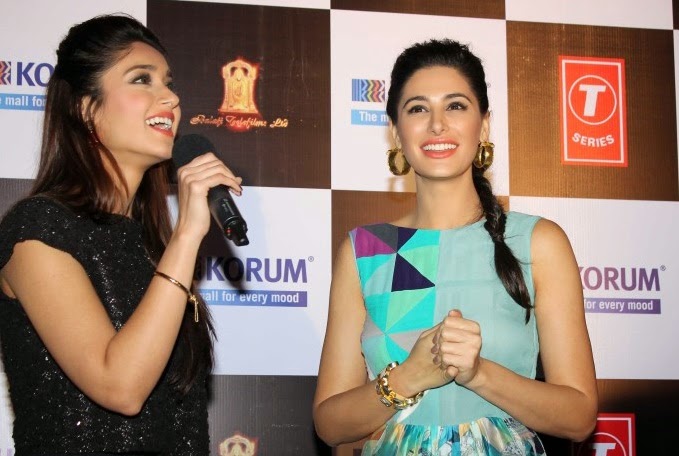 Bollywood is full of controversies of true or untrue catfights. It is almost impossible for two lead heroines to work together without media reports about catfight between them. But in the case of Main Tera Hero, things have seemed to be slightly different. The two lead actresses, Nargis Fakhri and Ileana D’cruz, have gotten along just fine while shooting the film and no reports emerged about their differences. But as soon as the promotion started, reports started emerging. It is being reported that the film’s male lead, Varun Dhawan, is often caught in between these two actresses, trying to please both at the same time!

But recently, one of the main female lead of the film, Ileana D'Cruz rubbished the rumors and responding to Miss Malini's article, she tweeted ,"@MissMalini ello there! I just read this n had to say it is so far from the truth! I am really fond of @NargisFakhri n we get along so well!"

"@MissMalini here's hoping this clears any doubts @NargisFakhri n I get along like a house on fire! Poor @Varun_dvn is fed up of us yakking", she added.

Miss Malini has not responded yet.