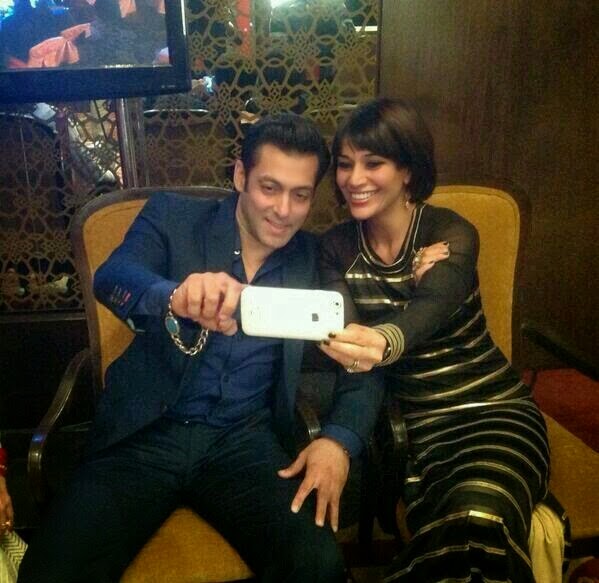 Bollywood superstar Salman Khan spoke candidly, danced and sang  at the India Today Conclave 2014 in New Delhi on Saturday despite some uncomfortable moments. (Read til the end to find out what we are talking about).

The session started extremely well. Salman Khan spoke open heartedly spilling his future plans of Being Human. His vision to give his fans something back was simply outstanding. He told that he tries to do good work. He does the work partially because he wants to hide from the guilt for things he's done in his past. Also out of fear, that if he doesn't do this the universe will take it back from him somehow. And he honestly says that some things he does so that he can change his image, and some come straight from the heart. The one closest to him is his work with Fortis that helps children with heart diseases.

He told further that his facebook fans & twitter fans will be hired by his Being Human's clothing stores. 40+ Being Human stores are opening up & his requirement per store is 1 differently abled person & 4 abled people. All the Being Human stores will follow this rule strictly where differently abled people have been recruited. Apart from his own Being Human, he also revealed that the brands he endorse like Coca Cola, Suzuki, Videocon & others have joined hands with Salman Khan to hire people from his facebook official page for the jobs created. 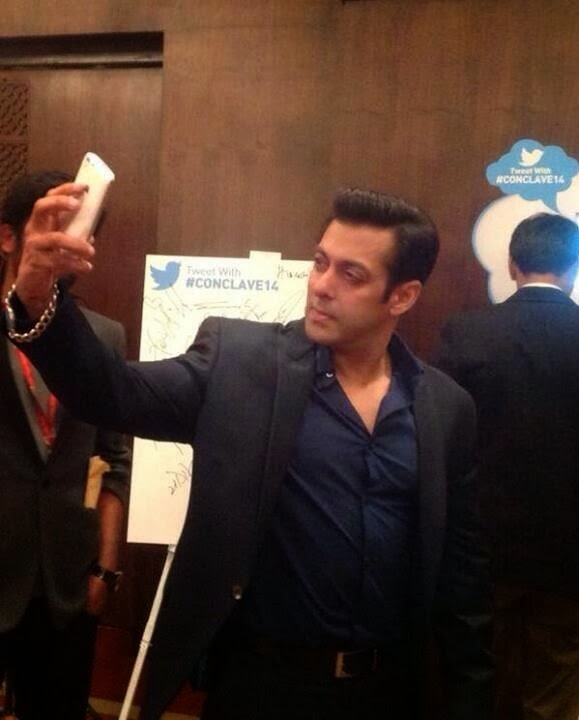 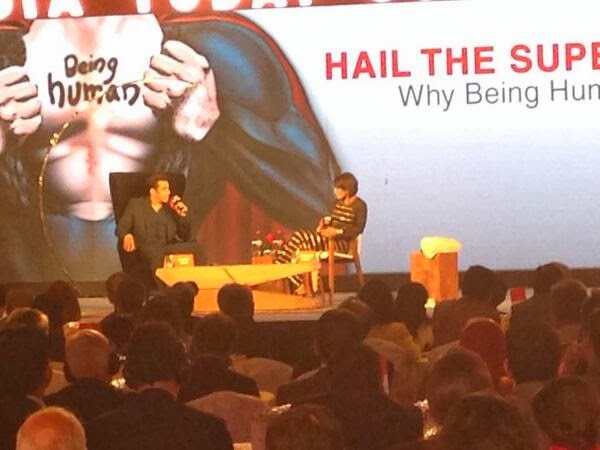 Despite all these superb initiative, it was disappointing the way Salman was treated in the end. The program organizers prematurely planned for an auction where the generated money would be used for charity. The auctionable thing was Salman's shirt which he was wearing & the people were asked to start quoting the price which started from 5k & Koel, the anchor kept on forcing Salman to take his shirt off, which went on till the end of the program.

Sure, Salman gave a reply when he said he doesn't want them to raise any money for his charity instead he asked them to raise money for the gentleman's NGO who was present their & whose aim was to build toilets for women in India. Their target was huge but despite all the stupidity around, Salman took control & raised money from 6 elite group of business people who agreed to help in building 100 toilets each. Considering the sad state in India for women, it was good to see Salman achieving the number of 600 in the less than 20 mins in between all the fiasco. Salman Khan's magnetic appeal helped raise more than 12 Lakh Rupees to construct more than 600 toilets in India to help with the sanitation drive. All Conclave sponsor jumped in pledging to build 100 toilets. For all that, Salman agreed to unbutton his shirt and show off his 6-pack. 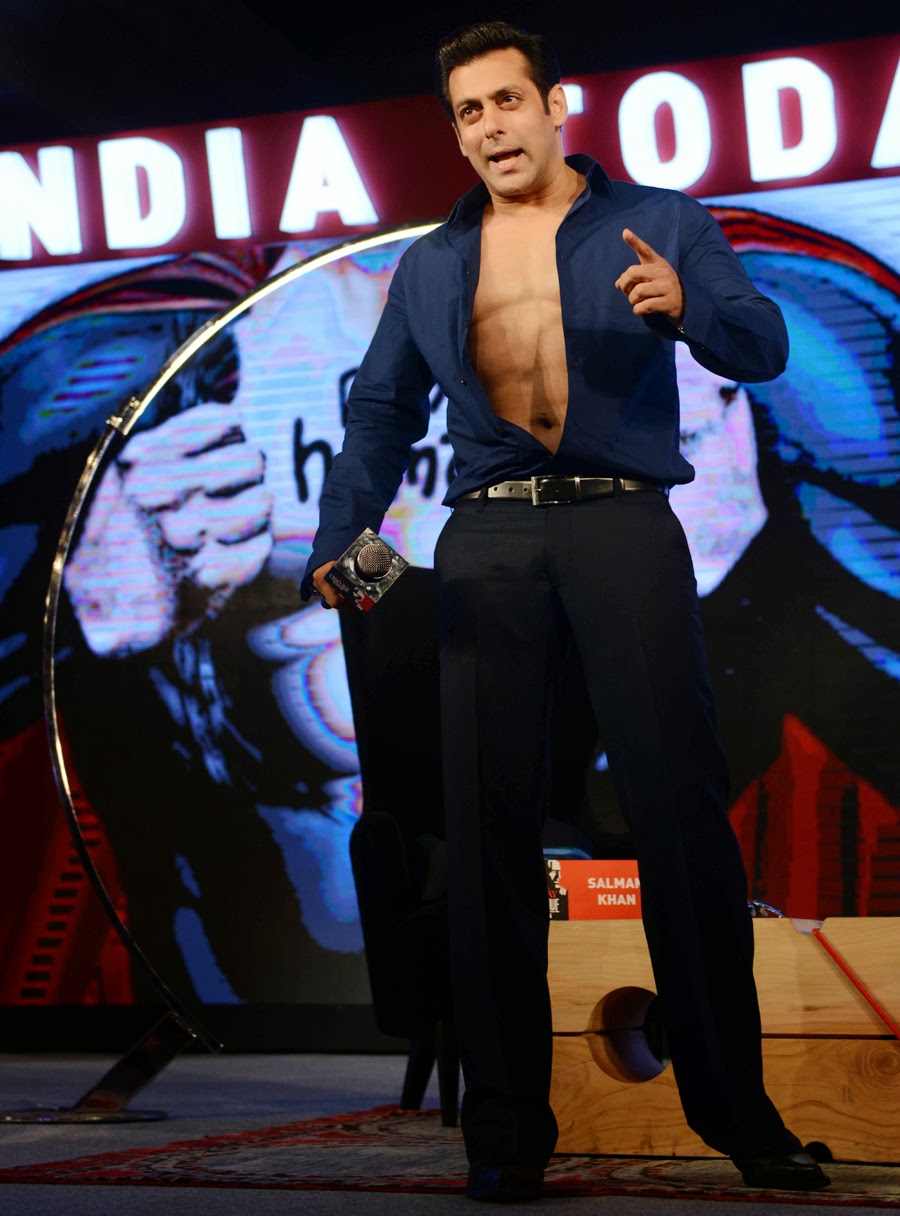 Another bad part happend when a woman came up the stage with money in her hand & hugged Salman Khan. What was that all about? It was told later that she paid 10k for the hug. Then another woman came up where someone in the crowd told loudly that it was her birthday today. Salman happily hugged her & wished her happy birthday but Ms. Koel, asked that lady for the money, out loud on the mike. How ridiculous was that?

And due to several pleadings by Koel to Salman to take his shirt off, Salman finally turned the tables & asked Koel to make her tv channel "Aaj Tak" to give the money based on the TRP Salman's gonna raise for them.
At the end of the day, it was Salman Khan who got all the respect. But from the arrangers' part, it was classic example of Salman Khan's generosity being misused.

Some Exclusive Pictures Below (Thanks To Conclave.intoday.in): 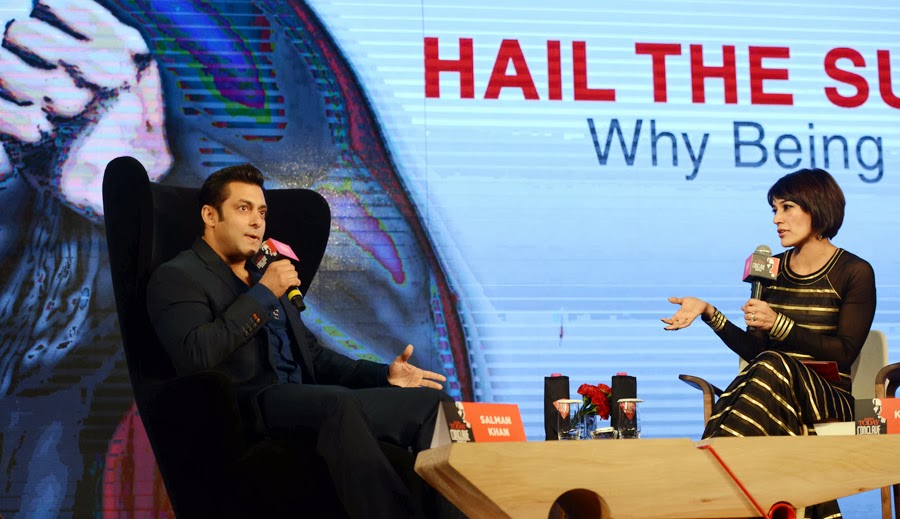 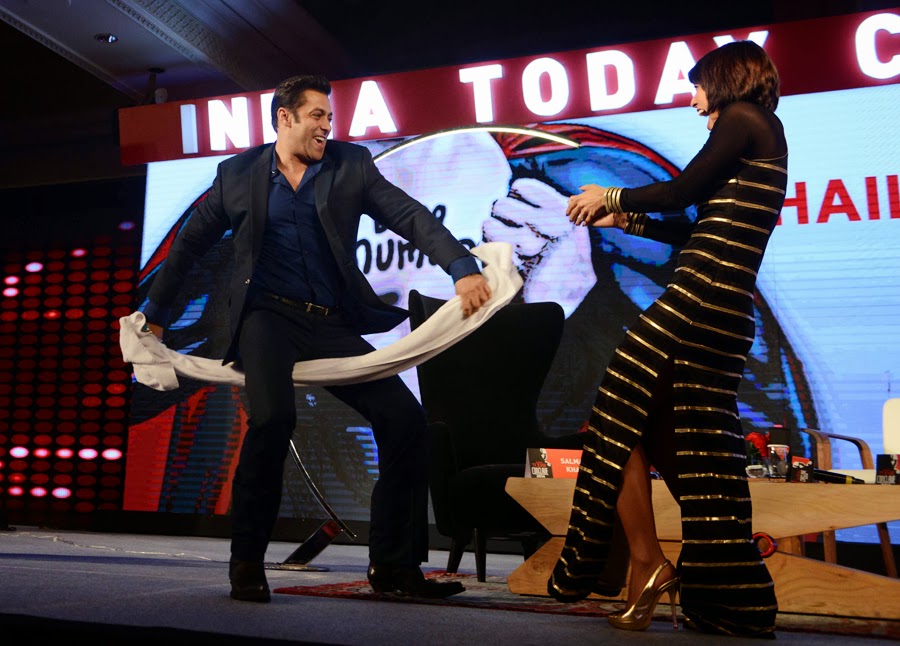 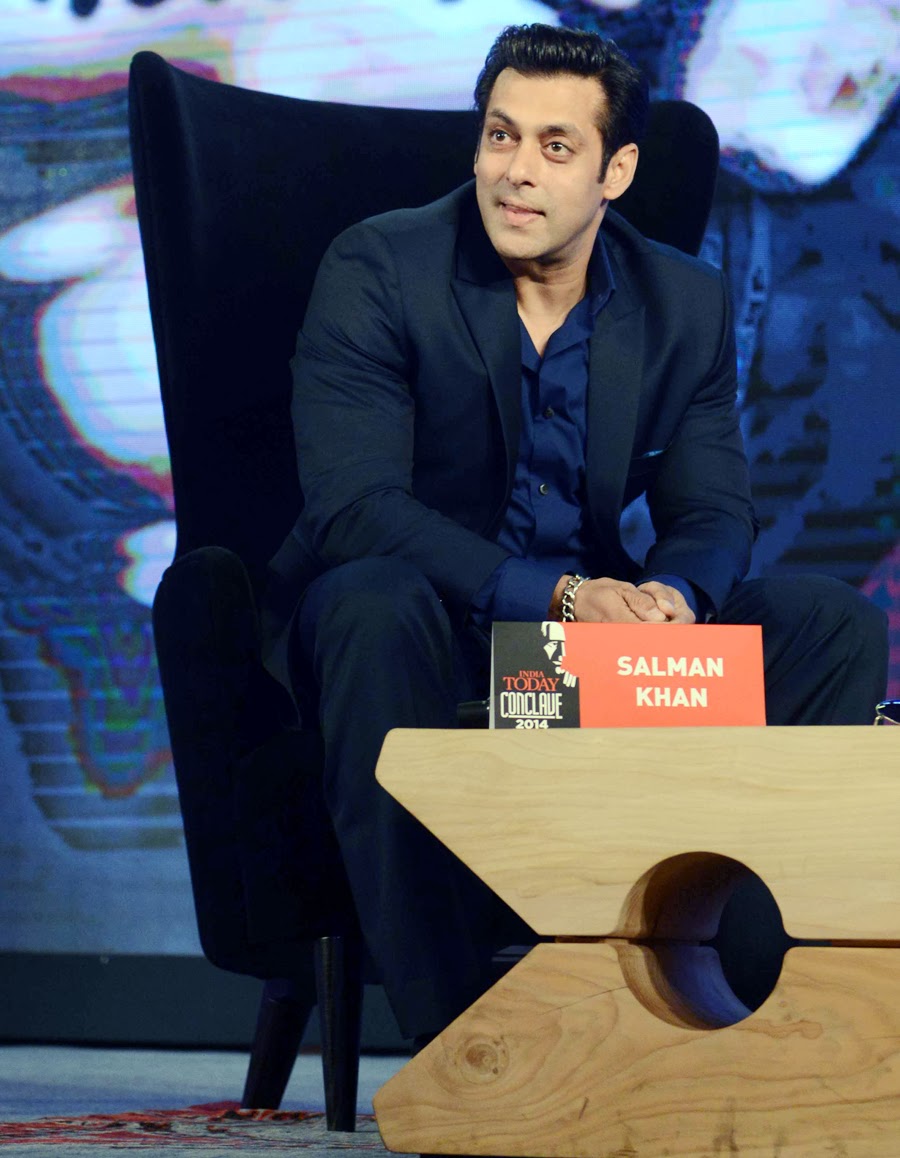 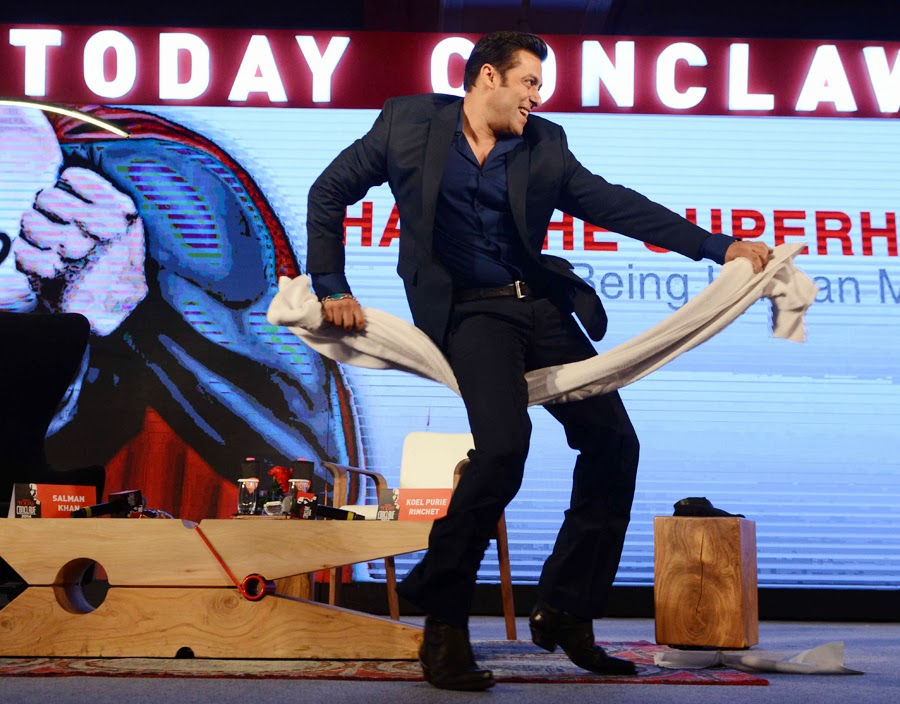 (Written with the input from Suhas and Conclave.intoday.in)