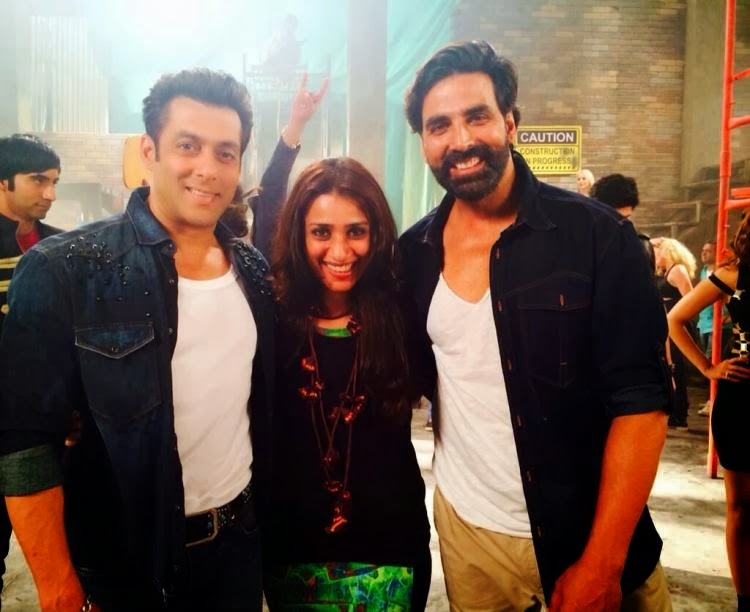 One of the most awaited song of the recent times, Fugly's title track which was to have Salman Khan and Akshay Kumar dancing on a song sung by Yo Yo Honey Singh, will not have the most 'Wanted' star in the song.

Unfortunately for all Salman Khan & Akshay Kumar fans and the cast of 'Fugly', the excitement fizzled quickly when a visibly upset Salman suddenly quit the sets.

Mumbai Mirror reports that Khan was unhappy with Akki who was hogging most of the limelight in the song and Salman Khan was not the centre of attraction at all.

A source told the publication, “Sallu did not know about the details of the song and was briefed when he arrived on the set. Since Akshay had more screen time in the song, he coolly walked off after shooting the first stanza of the song, much to everyone’s shock.”

Reportedly, The song has somehow been wrapped up with just Akki and the other actors.