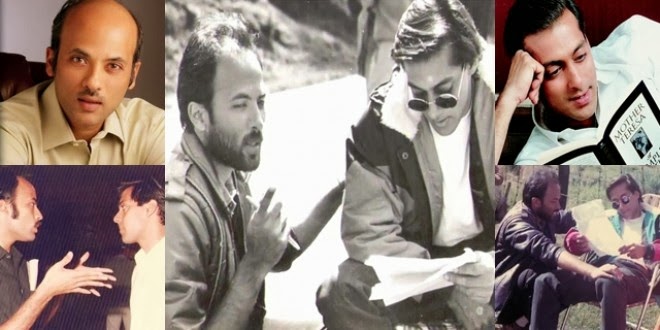 The title of the blockbuster director-actor pair, Salman Khan & Sooraj Barjatya's next has been announced and it's not 'Bade Bhaiyaa'. The Diwali 2014 release has always been titled as 'Bade Bhaiyaa' in media since it's announcement but the veteran filmmaker has instead opted to title the film as ‘Prem Ratan Dhan Payo’. Now, it's sure that superstar Salman Khan's name in the film will be 'Prem'. The title of the film suggests that the film is a family drama which will be a great change for Salman Khan after so many action flicks in a row.

'Prem Ratan Dhan Payo' will go on floors in somewhere between the 17th & 19th week, depends when Salman Khan is done with the ongoing shooting schedule of KICK. He has given 180 days to the film.

Sonam Kapoor has been finalised as the female lead opposite Salman Khan while Neil Nitin Mukesh will be seen playing Salman Khan's younger brother in the the film. Anupam Kher, Deepak Dobriyal and Swara Bhaskar have also been signed to play important roles. The biggest surprise is that Himesh Reshammiya is composing the music of the film.

Interestingly, all Sooraj Barjatya's films with Salman Khan have been major hits. They have collaborated for three films and two of them are 'All Time Blockbusters' and one is 'Blockbuster'. Both 'ATBBs' are the biggest hits of respective decades. Will they be able to repeat the same fate this time also? How do you like the title ‘Prem Ratan Dhan Payo’? Do tell us in comment section below.