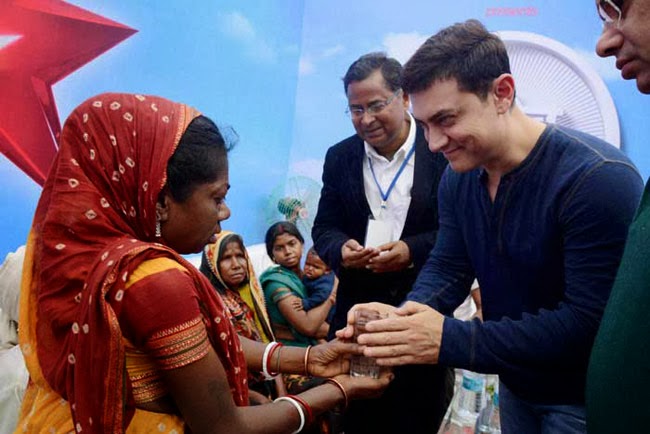 Star TV will be rejoicing today after the launch of ‘Satyamev Jayate’ season two brought in a record audience for a Sunday morning slot.

According to exclusive data obtained by BizAsia, ‘Satyamev Jayate 2′ pulled in a record high 108,400 viewers between 11:00 and 12:30 – peaking at 157,200 viewers. The huge ratings for the show have made it the most watched show in the UK on Sunday – beating all primetime shows, which generally attract biggest viewership.

‘Satyamev Jayate 2′ is expected to grow further in weeks to come as the Aamir Khan fronted show tackles bigger and more hard-hitting issues.

On Star Life Ok, the huge cricket match between India and Pakistan as part of Asia Cup 2014, was watched by a massive 103,200 viewers – peaking at a record 211,800 viewers for the channel. The match, which saw Pakistan win the match with Boom Boom Afridi's amazing performance, made it the channel’s most watched non-Bollywood related event. The match was also the biggest ratings success since the tournament kicked off last Tuesday.