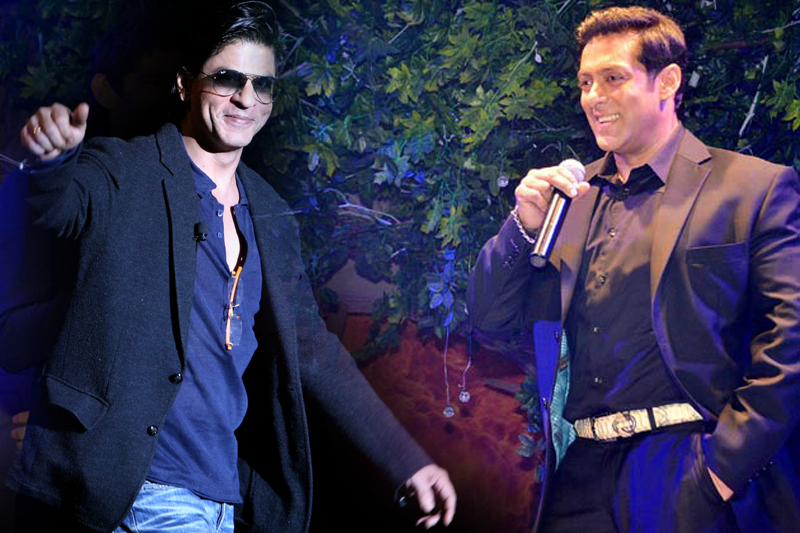 Superstar Salman Khan has been hosting 'Bigg Boss' since 2010 and has become synonymous with the reality show. It is quite difficult to imagine Bigg Boss without Salman. But rumors about Salman Khan quitting the show are doing around since he himself announced on the show that he might not return back to host Bigg Boss again.

Names like Ranbir Kapoor and Hrithik Roshan were being discussed in the media as possible new host of Bigg Boss, but the channel was quick to put the rumours to rest. However, now in Shahrukh’s case, they have remained silent.

The 8th season of the popular reality show will begin in October this year and Salman has reportedly decided to opt out after hosting four seasons back-to-back. Sources close to Salman say, the actor wasn’t happy with the criticism that he received for being too harsh against Gauhar Khan and Kushal Tandon.

Rumours of Shahrukh hosting Bigg Boss doing the rounds within the television industry for past few weeks and it gained further credibility when the actor was recently spotted at the Colors’ party while Salman Khan was missing.

Arshad Warsi anchored the very first season of 'Bigg Boss'. The new concept bowled over the audiences in India and they loved Warsi's quirkiness. After winning Celebrity Big Brother UK, Shilpa Shetty got a lifeline in the entertainment industry. Immediately after her win Shilpa was roped in to host the second season of the Indian version. Amitabh Bachchan has the experience of hosting Bigg Boss season 3. But none of them have had so much impact on the show as Salman has since Season 4. Salman has taken the popular show to a new level and therefore the channel was paying a huge amount (The most for any host ever) to Salman for hosting. It's crystal clear that it will not be easy for anyone to replace Salman Khan.

Shah Rukh Khan's TV career has not been very successful til now. He has hosted KBC season 3 when he replaced Amitabh Bachchan as the host, but due to falling tv ratings, the channel decided to bring Amitabh Bachchan back as host. A year later, Shah Rukh Khan began hosting the game show Kya Aap Paanchvi Pass Se Tez Hain?, the Indian version of Are You Smarter Than a 5th Grader?. In 2011, he returned to television with Zor Ka Jhatka: Total Wipeout, the Indian version of the American game show Wipeout, but none of them could make any impact.

It would be interesting to see if Shah Rukh Khan would be able to fill Salman Khan's shoes this time.