No One Has Gone Through What Hrithik Had To Go Through!

This article is written by our friend Suhas. Courtesy: ItsBoxOffice Forum. 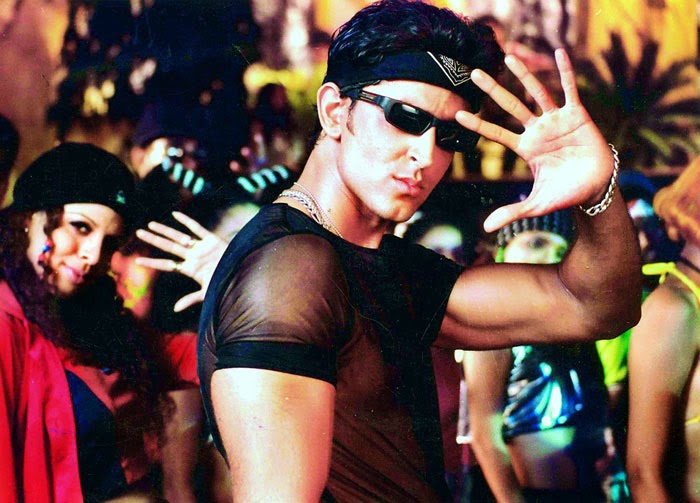 Kaho Naa Pyaar Hai was a dream project for Rakesh Roshan & a dream debut for Hrithik Roshan as well as Ameesha Patel. Frankly, after Raj Kapoor era, it was Rakesh Roshan who successfuly launched his son Hrithik Roshan in a film that made him into a huge overnight sensation & the movie itself turned into a Blockbuster. The entire period of starting the film, Kareena Kapoor being replaced by Amisha Patel, the promotions of the film, the hard work - everything was like a fairytale for Hrithik Roshan. There was joy, there was fame which every newcomer yearns for & there was a proud Roshan family enjoying every step of Hrithik Roshan towards stardom. January 7th 2000, Aamir Khan's Mela released & January 21st 2000, Shah Rukh's Phir Bhi Dil Hai Hindustani was scheduled to release, Industry insiders laughed at Rakesh Roshan's decision to release his son's debut film in between these two biggies, they expected Kaho Naa Pyaar Hai to be crushed by the two biggies but Rakesh Roshan was a confident filmmaker & he didn't budge. 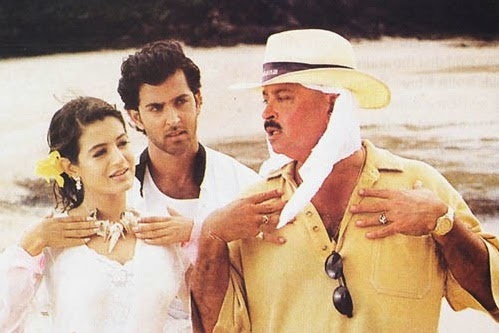 January 14th, Kaho Naa Pyaar Hai was released & the verdict was out instantly. Bollywood had got a new star who was an instant click among the teenagers & youngsters, a heartthrob for girls. Something which took almost a decade to happen. Sure, there was Bobby Deol who did enjoy being the heartthrob among girls but his debut as well as popularity was never this gigantic. The Roshan family truely was in a celebration mode, their hard work had paid off in a way that even they had not dreamt off. All the happiness, celebrations was destroyed within a week & all the happy emotions were replaced by fear, sadness, a feeling of never to trust anyone & a feeling of loneliness. Rakesh Roshan was attacked by two gunmen belonging to a mafia gang. One bullet went through his shoulder & the other grazed his chest. The incident took place outside Rakesh Roshan's office, the surrounding was filled with people but nobody came for help. Finally, Rakesh Roshan made up his mind & sat on his car, drove to the nearby Police Station where Police took him to a hospital where he was undergone surgery.

The surgery happened in Nanavati hospital & the procedure was carried out by Dr. Sharad Pandey, father of Chunkey Pandey. Rakesh Roshan was announced out of danger. When this incident happened, nobody came for Rakesh Roshan's help, it was a huge shock for Hrithik Roshan & family who never expected such heinous crime against their beloved father. They were simply enjoying the newfound fame & love only to be shattered by the fact that all the love & care was limited to on-screen but in reality they were forced to go through a nightmare that nobody wants.

Before Hrithik could lose all his hope on the industry, entered Salman Khan, Vidhu Vinod Chopra, Mohnish Bahl & Rahul Rawail who waited in the waiting room while Rakesh Roshan was undergoing surgery. They were further joined by Rishi Kapoor, Dimple Kapadia, Sohail Khan, Bunty Walia & the Maharashtra Home Minister Kripa Shankar Singh who offered the much needed emotional support as well as police support to the family. Later the day, the family was joined by Ameesha Patel, Shah Rukh Khan, Rajesh Roshan, Anu Malik, Prakash Mehra. This was enough for Hrithik Roshan & the family to be feel protected, cared & to forget the feeling that they're alone.

Any other actor in the place of Hrithik wouldn't have survived this scenario which dented him emotionally. It takes a strong heart to go through this. This is one nightmare nobody should go through.

Hear it from Hrithik's own words: